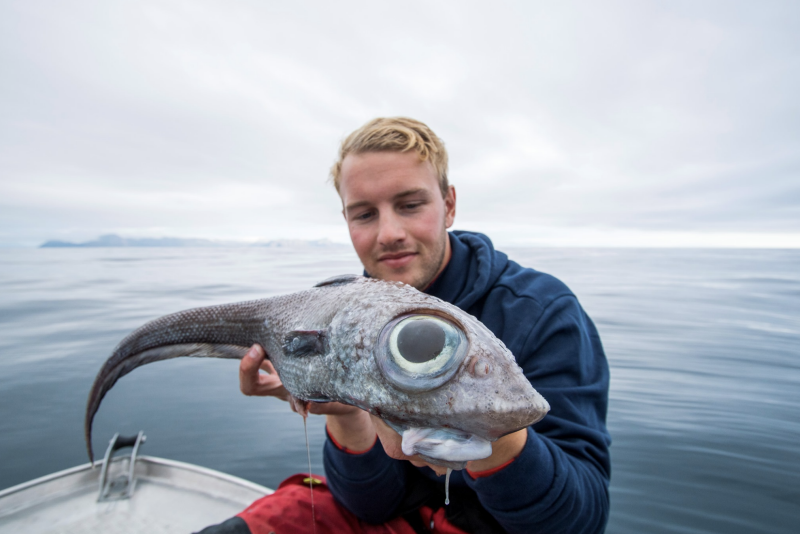 The madman even took it home and ate it.

A fisherman near Andoya island, Norway, got the shock of his life when he accidentally reeled in this alien-like creature from the deep.

Oscar Lundahl, 19, says he nearly jumped off the boat when he realised what he had caught.

As per The Sun, the creature is a ratfish, whose Latin name Chimaeras Monstrosa Linnaeus is derived from a Greek mythical monster that had the head of a lion and tail of a dragon.

We were looking for blue halibut which is a rare species about five miles off shore.

I had four hooks on one line and felt something quite big on the end of it. ‘It took me about 30 minutes to reel it in because it was 800 metres deep.

There were two halibut on two of the hooks and I was really happy about that and then I saw there was something else.

It was pretty amazing, I have never seen anything like it before

The madman even fried and ate the thing:

Despite its ugly appearance it was really tasty. 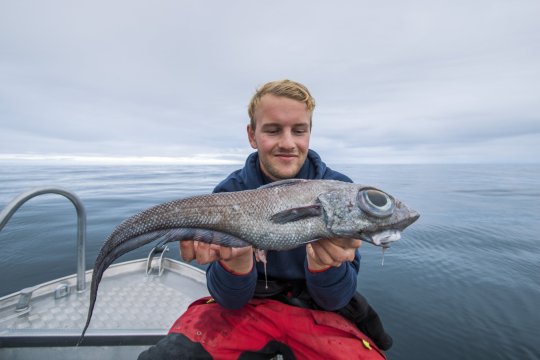 No offence to Oscar who I’m sure usually knows what he’s talking about or The Sun who we all know can always be relied on to deliver accurate and factual journalism, but there is no way that thing that Oscar is holding in those pictures is a ratfish.

This is a ratfish according to Google: 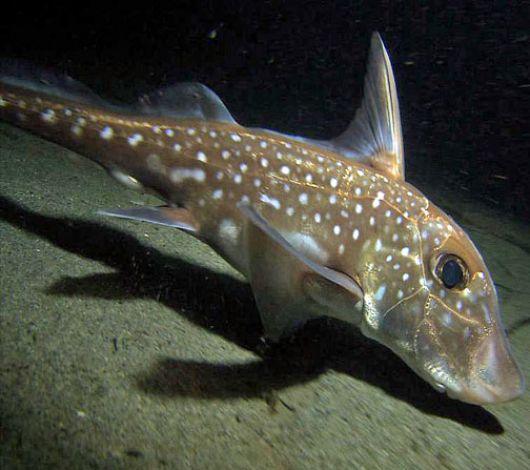 Correct me if I’m wrong but that looks nothing like the creature in the photos with Oscar. That thing is 100% an alien or, more likely, the result of an alien visiting Earth, going deep sea diving and shagging a fish.

There’s no other explanation.

It’s really not as unbelievable as you might think, especially when you find out how octopuses came to exist.