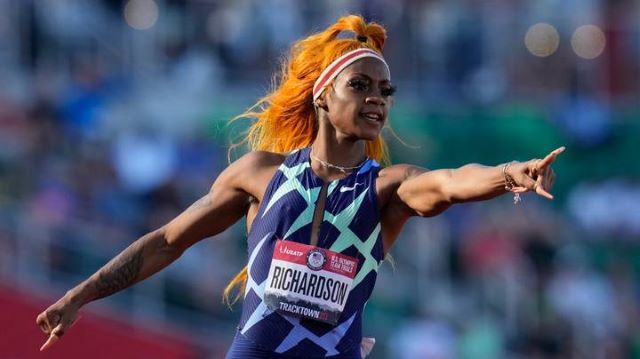 She was set to be the big breakout star of the Tokyo Olympics.

U.S. champion sprinter Sha’Carri Richardson was set to be one of the big mainstream stars of the Olympics this summer, but it looks like she’ll now miss the event due to testing positive for marijuana.

Richarson is the reigning U.S. champion in the 100m sprint, clocking in 10.86 seconds in the Olympic track and field trials last month (Usain Bolt’s record is 9.58 seconds).

Sha’Carri Richardson did not use steroids, according to a source. Richardson is facing a 30-day suspension for testing positive for marijuana. https://t.co/abQRiOJkEV

Richardson is expected to be suspended during the 100m at the Olympics but she might get to run on the 4×100 relay.

American sprinter Sha’Carri Richardson looks set to miss the Olympic Games after returning an adverse analytical finding at the US Trials, which has led to her 100m performance at the event being disqualified. pic.twitter.com/7WZh6TOjJu

Doesn’t seem fair really, does it? There’s just no way that smoking weed could give her any sort of sporting advantage in an 100m race. It just seems crazy that this 21-year-old woman on the brink of stardom can have such a huge opportunity taken away from her all because she smoked some weed. In 2021 no less! Who even cares anymore?

Not to mention – this decision is costing her millions of $$$. She was all set to be one of the biggest stars of the Tokyo Olympics, marketed as something like the female version of Usain Bolt. She was the favourite to rack up some gold for the USA.

The speed, the swag, the prowess. This girl was a star in the making about to hit the global stage. But nope, she smoked a zoot and the Olympic Committee freaked out and now she’ll be lucky if she gets to participate in the relay race.

Yeah OK, rules are rules and she shouldn’t have broken them. But still it’s just such a shame to dash someone’s hopes and dreams and potential over a bit of weed. Hopefully there’s some kind of review where those in charge realise that weed isn’t a steroid or performance-enhancing drug, and give Richardson a pass on this one. Otherwise – a tough lesson I guess she’ll just have to learn.

For the runner who qualified for the Tokyo Olympics while wearing bags of Doritos as earrings, click HERE. Now that’s how you lock down a big brand sponsorship.