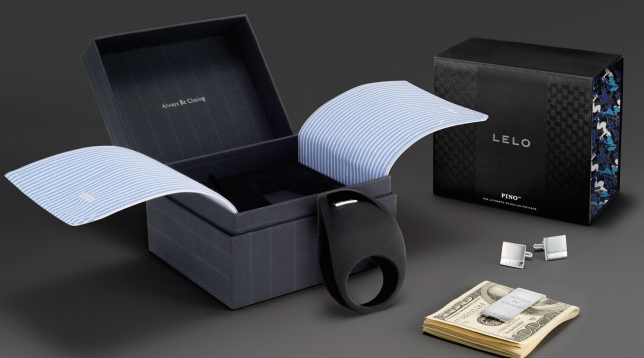 As if we couldn’t hate them even more.

As if bankers already didn’t get a bad enough rep from ripping off the country for their own gain in the last few years, there’s now a sex toy that is inevitably going to make everyone who isn’t a banker hate them even more.

The sex toy is called the LELO Pino and is basically a ‘premium couple’s cock ring’ that promises to the the ‘ultimate stimulus package’. To make it appealing to bankers, it comes in a box with a pin stripe suit, matching cuff links and the piece de resistance of a matching money clip with the manta ‘Always Be Closing’ engraved on it.

To be honest they really know the way to a banker’s heart with all off that crap and probably didn’t even need to include the sex toy to get them to buy it. In any case is anyone who actually wants to be taken seriously going to wear any of that crap which has the logo of a sex toy on it?! Maybe in an edgy post ironic Dalston way but surely not on Wall Street right?