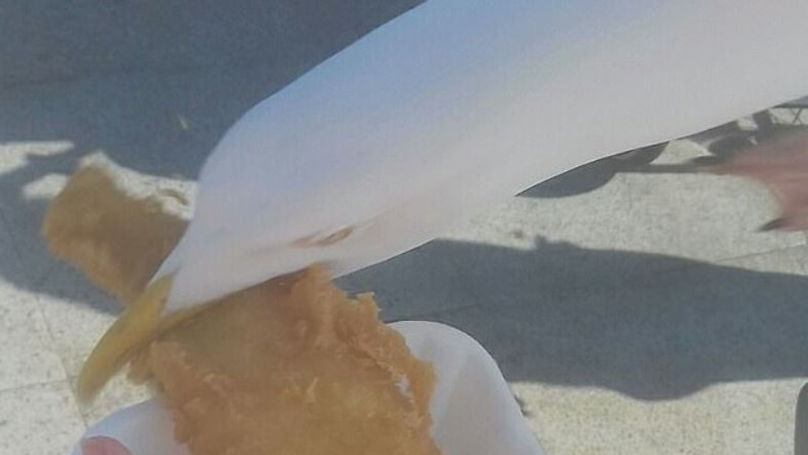 Everyone knows that seagulls are absolute assholes and they’re always going to be stealing your food and shitting on your head when you head to the seaside, but I’ve never heard of one with the audacity to actually steal a whole massive piece of cod right from under your nose until now.

This crafty gull was caught in the act by Skye McGeachy, who was trying to send a picture of the fish and chips bought at Lowestoft Beach, Suffolk to her father on Good Friday. Unfortunately for her, she didn’t get the picture she wanted or to even eat the fish because that dickhead seagull swooped down and got its beak around it. What an asshole.

Here’s what Skye had to say about it all: 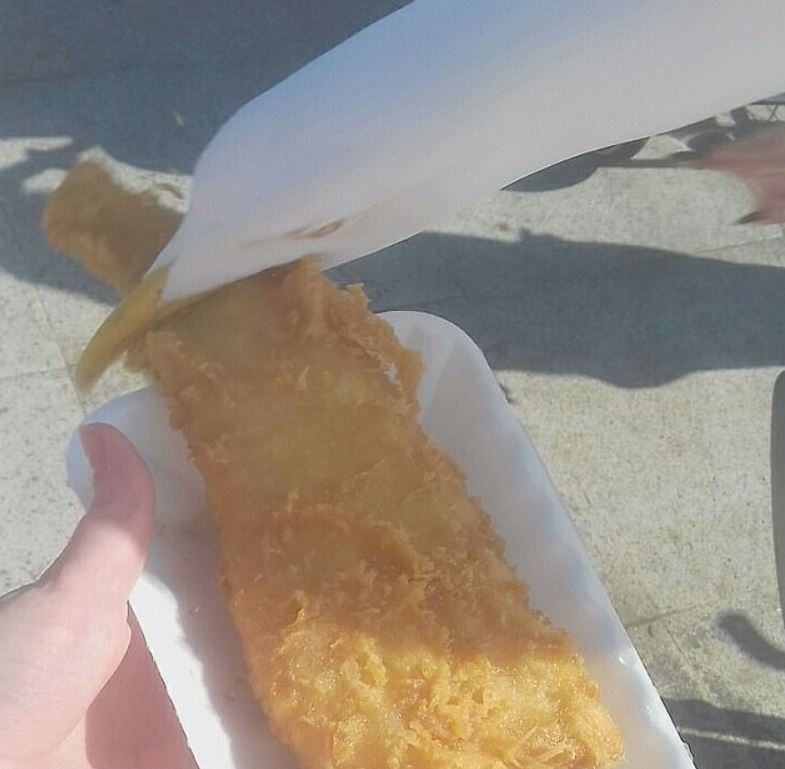 It felt like I was mugged by a seagull. I can’t believe how cheeky that bird was.

I bought the chips first for the children because it was going to take ten minutes for the fish to fry. We had to scare away this bird, which was loitering around the takeaway beside the beach while the kids were sharing their chips.

I was a little worried so I threw a couple of chips in the opposite direction to distract it. But it was still hanging around when I went to buy my large piece of cod for £5.40.

It was really hot and straight out of the fryer so I thought it was a good time to take a picture to show my dad that we’d all had fish and chips on the beach. I was taking the picture and at that very instant the crafty little bugger came down and tore off a large piece of cod.

You could see bits falling off as he flew away with the fish. I bet that it burned its beak because the fish was so hot.

Well hopefully the seagull got taught the lesson that he deserved, but you’ve really gotta feel for Skye, especially when you hear she got a large cod as well. Nobody wants that to happen after you shell out that extra pound. Fuck seagulls.

For more of the same, check out this story about a seagull fighting to the death with a woman over a Gregg’s chicken bake. Don’t blame them.