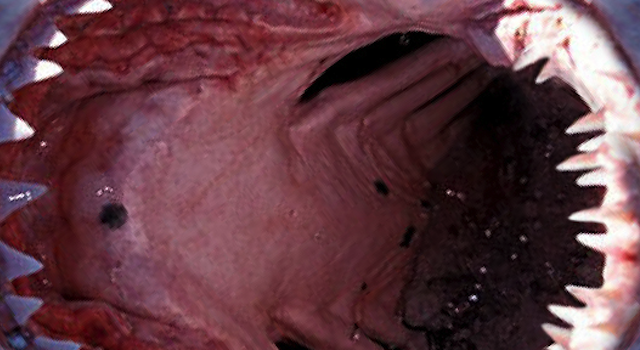 Scientists have tracked it down and it’s not what you think it is.

We posted up a story on Saturday about the Australian scientists who believed that a great white shark that they had tagged with a tracking device had been eaten by another sea creature. The internet exploded as everyone was theorising that there was some weird underwater creature like a giant squid or a kraken going around eating great white sharks, but it turns out the actual solution may have been much simpler.

I’m not sure what’s scarier – the fact that before we discovered the truth we were all worried about some super massive sea creature floating around the deep, or the fact that it turned out to be a gigantic cannibal shark.

They’re unsure why the shark would want to eat the other one at this point, but theorised that it could have been a territorial dispute or simply that the bigger shark was hungry and didn’t have any qualms about eating one of its own kind. Mean as hell.