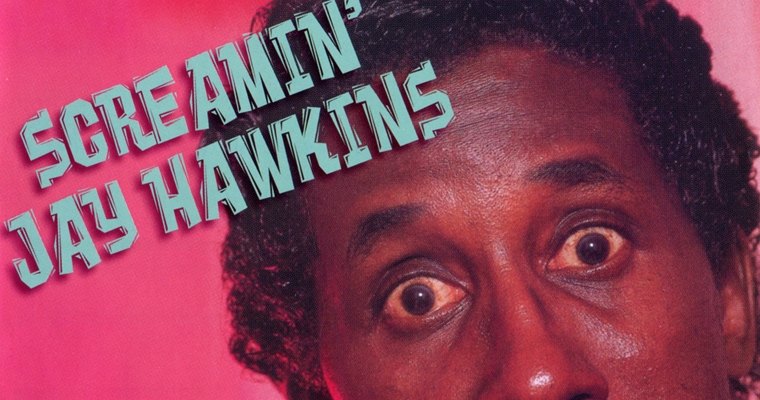 I don’t listen to hardly any old music, because I am an uncultured yob. So, although I had heard the name Screaming Jay Hawkins before I didn’t know anything about him. Turns out his life was proper mental. He was a black fella born in Ohio, and wanted to be an opera singer of all things. He was allegedly tortured in World War II and according to a documentary about his life (which you can find at the bottom of this page), when he was finally released from captivity, he shot three Japanese soldiers and blew one of his tormentor’s heads off with a grenade after taping it to his head . Well, you would, wouldn’t you?

His biggest musical hit was “I Put A Spell On You” which was recorded while the band were all smashed off their tits; he screamed, grunted and gurgled his way through it with wanton abandon. The official version was so creepy that it was banned from some radio stations, so the label edited out some of the stranger vocal noises to make it a touch more palatable for the US masses.

Later on in his career he released a track called”Constipation Blues”  – which you can also find below – which he performed at a festival in Paris replete with a toilet as a stage prop, you can imagine how the fancy panted Parisians felt about that. He died in 2000 after surgery to repair his dicky ticker, he left behind him nearly 20 albums and an estimated 75 children. Woah!!…. Some people live full throttle don’t they? Here he is in the prime of his insanity, At 2:30 he really loses it. Impressive.