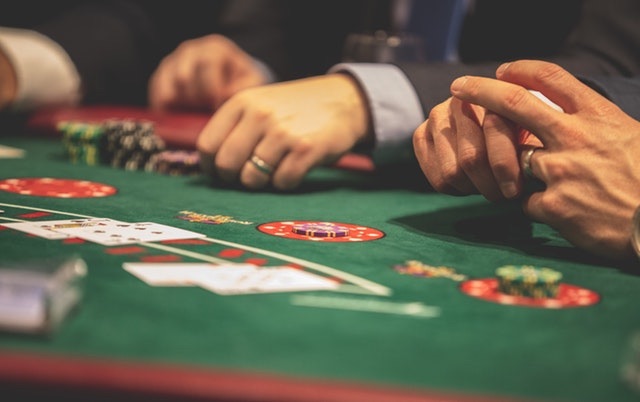 There’s no other option.

Hollywood seems to enjoy going back to similar themes. In particular, it’s the glamour of the casino that often gets the movie studios most excited. From 007 hitting the poker table in Casino Royale to Robert Redford and Paul Newman playing to win in The Sting, it seems that casino movies offer plenty of inspiration for the silver screen.

Despite this, there is the overriding fear that we’ve already reached the pinnacle of the casino movie genre. Just as Spinal Tap nailed the rock biopic parody, it seems that few casino movies are going to match the appeal of Martin Scorsese’s 1995 movie Casino.

A Movie Made For Scorsese

Martin Scorsese always succeeds when he can capture the atmosphere of a bygone era. Whether it’s Taxi Driver’s toxic atmosphere of New York City in the 1970s, or the slick money-driven 1980s Manhattan in The Wolf of Wall Street, Scorsese clearly revels at constructing a wonderful snapshot of these historical eras.

It’s something that’s definitely true of the Casino movie. This covers the slightly gaudy Las Vegas gambling scene of the 1970s, and it remains a fascinating glimpse at the gambling scene of yesteryear. While anybody today can easily try some games using no deposit bonuses at a licensed online gaming site, casino gaming was a very different beast in 1970s America.

This gave Scorsese the opportunity to populate his movie with all manner of larger-than-life characters from the Las Vegas underworld. In lesser hands, Casino would run dangerously close to parody. But such is Scorsese’s skill as a film-maker that the whole thing carries an air of glossy menace that runs from start to finish and Robert Richardson’s compelling cinematography wonderfully accentuates it.

Martin Scorsese always succeeds in gathering together the creme of today’s acting talent in his movies. Nowhere is this better witnessed than in Casino. Not only do you have the likes of Robert De Niro and Joe Pesci on hand to deliver pitch-perfect portrayals of mobsters who try and turn their hands to run a casino, but Sharon Stone’s incredible performance turns out to provide perhaps Scorsese’s great female character.

As a result, it’s fairly unlikely that any casino-themed movie is going to match the casting of Casino anytime soon. While Ocean’s 11 did a pretty good job with smooth-talking stars like George Clooney, Brad Pitt and Matt Damon, it paled in comparison with the heavy-hitters in Scorsese’s film.

Struggles To Emulate The Depth Of Casino

Many casino-themed movies have struggled and ultimately failed to try and recreate the sheer depth of Scorsese’s Casino. At 178 minutes of length, Casino is clearly not for the faint of heart, but it manages to stay gripping from start to finish and is still shorter than his recent Netflix hit The Irishman– a colossal 209 minutes-long.

If you compare Casino with recent lightweight fare such as The Gambler starring Mark Wahlberg as well as fun-but-daft comedy fodder like The Hangover, it’s clear that there is no real competition in terms of creating the ultimate casino film.

Such is the Casino’s dominance of the genre that there haven’t been too many casino-themed movies in the past decade. 2015’s Mississippi Grind gave us a pretty good glimpse at high-stakes poker gaming in New Orleans, while Runner Runner served up the mildly amusing sight of Justin Timberlake aiming to convince as an expert card gamer.

So while there might be some decent contenders to seize Casino’s claim to the genre, it seems that there is very little serious competition. All of which serves to illustrate the fact that Martin Scorsese could be our greatest living film-maker.