See you at the pub then.

Most people would agree that they really enjoy going out with their mates to the local boozer and getting hammered at least once a week, but a scientific study is claiming that it’s actually healthier to do it at least twice a week.

The study comes courtesy of Robin Dunbar, a psychologist and director of Oxford University’s social and evolutionary neuroscience research group, who said the following:

Men should aim to meet up with at leat four friends, twice a week to reap the health benefits of male friendship. These include a stronger immune system, the release of endorphins and decreased anxiety levels.

Bonds can be formed through a range of activities from team sports to male banter — or simply having a pint with your pals on a Friday night. Maybe even go on a bar crawl to reinforce a sense of teamwork and camaraderie whilst socialising.

However, this is not advocating binge drinking – just keep it to a few pints. 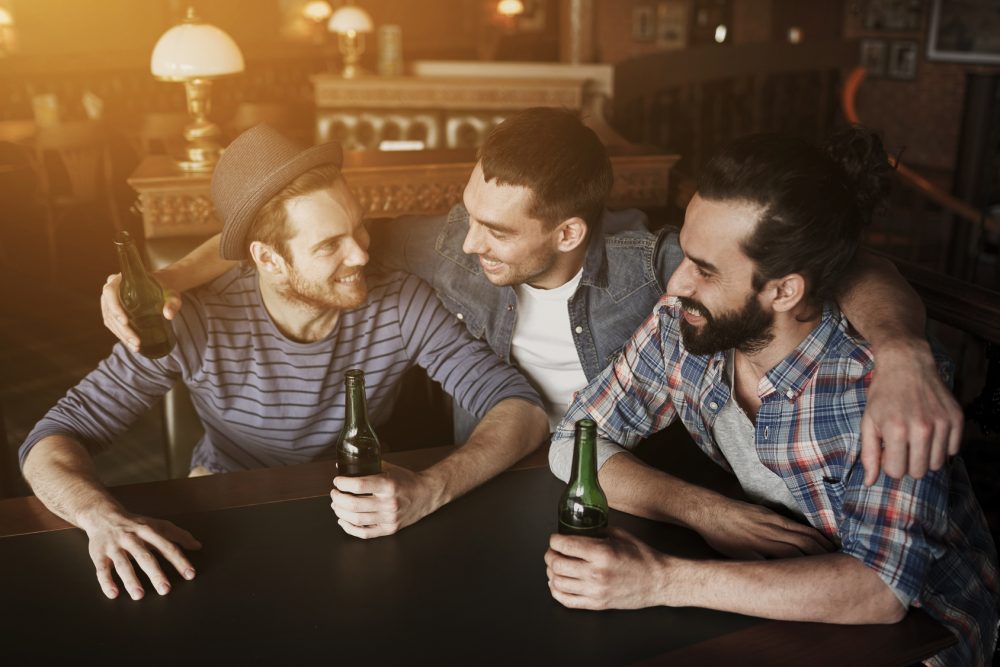 Well, OK, maybe I fibbed a bit when I said that the report was actively advocating going down the pub twice a week, but it seems like that’s the only other option Dunbar is giving you other than team sports, which I’m sure many people actively participate in anyway. Probably involving a visit to the bar afterwards as well.

Anyway, the important thing is that you don’t need to feel bad about hanging out with the lads a couple of times a week now, it’s all good. If your wife/girlfriend is giving you grief about it, then why not bring up this study which says women are drinking as much as men these days too. Problem solved.