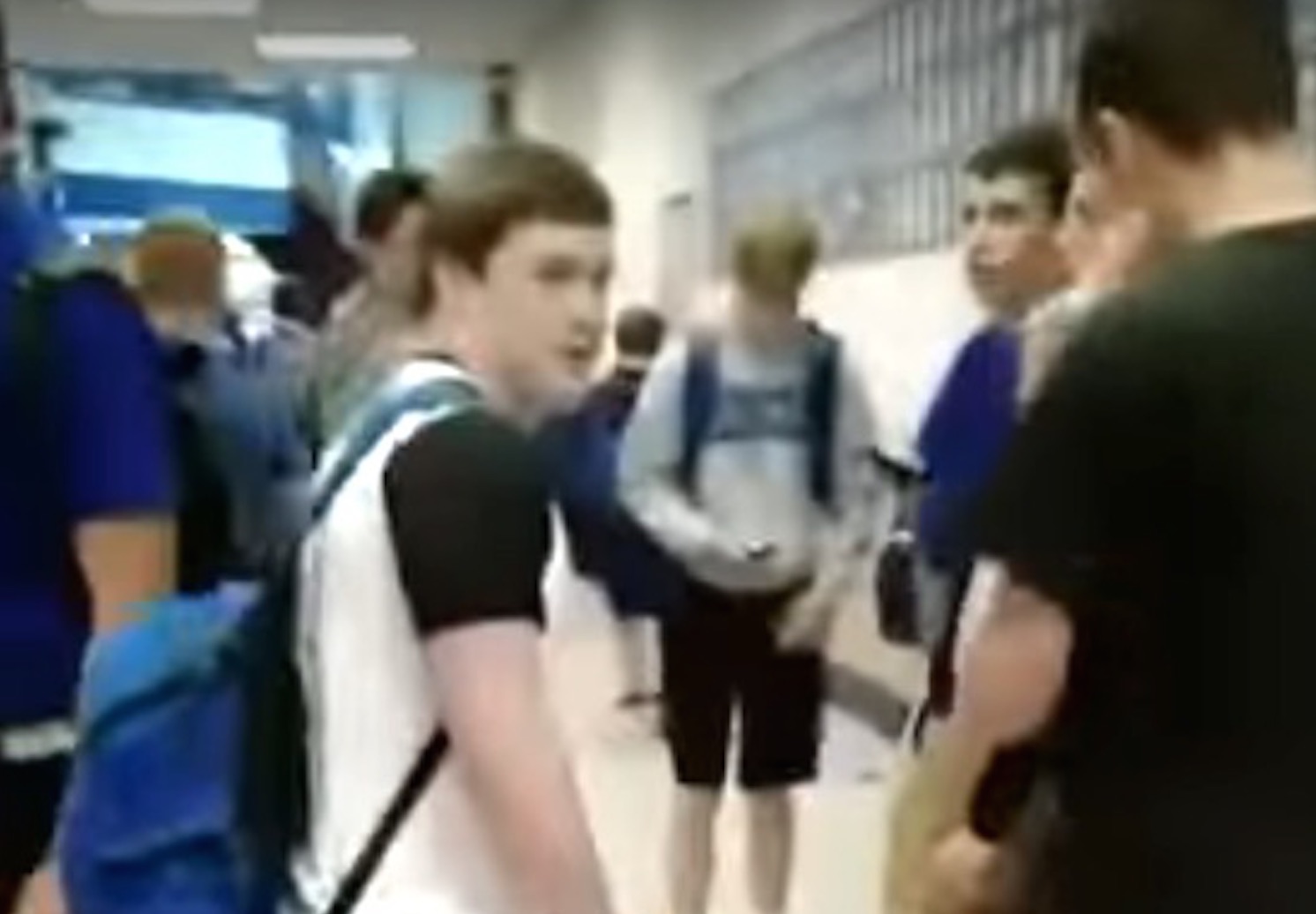 Not so tough now.

Everybody loves seeing a bully get their comeuppance and that’s why videos like the one below will always be popular.

Apparently the bully in the video got paid $20 to start a fight on the kid in the blue backpack, who clearly wants no part of it whatsover. Once that first punch is thrown though, he’s no longer messing around – it turns out he’s a wrestler and he slams the kid out in literally one move with an absolutely sick suplex in the middle of the hall, no worries:

The story gets even better though – apparently the asshole spent the whole day in hospital because he got so messed up from the slam. Despite that though, the bully got charged with assault and the wrestler isn’t facing any consequences whatsoever. Bet that was an annoying one to wake up to in the hospital.

For more of the same, check out this kid making an incredible comeback against a bully in the school bathroom. Respect.