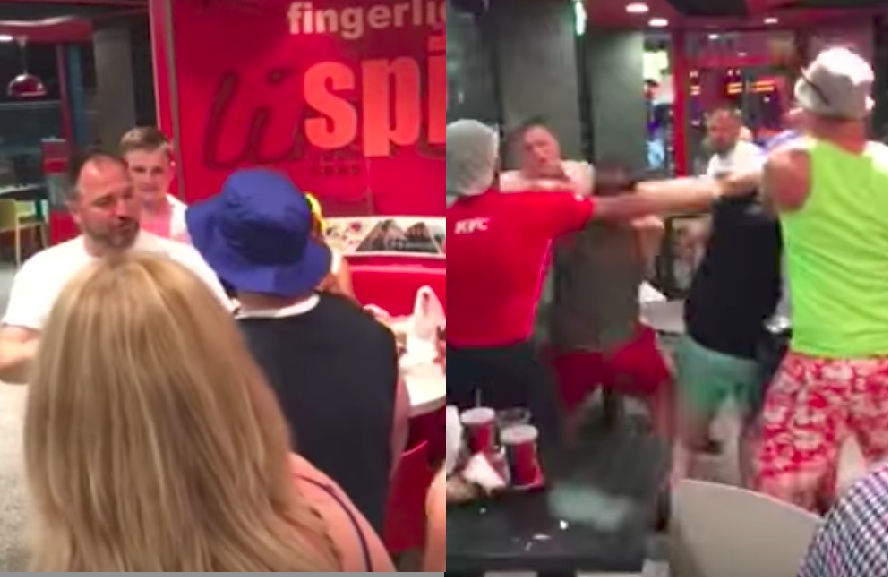 A group of British tourists started a huge brawl in a Benidorm KFC branch, which got so out of hand that staff ended up getting caught in the crossfire.

The footage shows two customers starting the fight by landing punches on each other. Other customers tell the guys to chill the fuck out, but the tension leads to a full on violent eruption.

Lol. Hats off to the guy who yells, “can I get a chicken burger?” in the middle of all the chaos. That dude definitely has his priorities straight.

It’s not known what actually started the fight, but do we even need to ask? That’s a classic example of Brits abroad – too much booze and not enough sense.