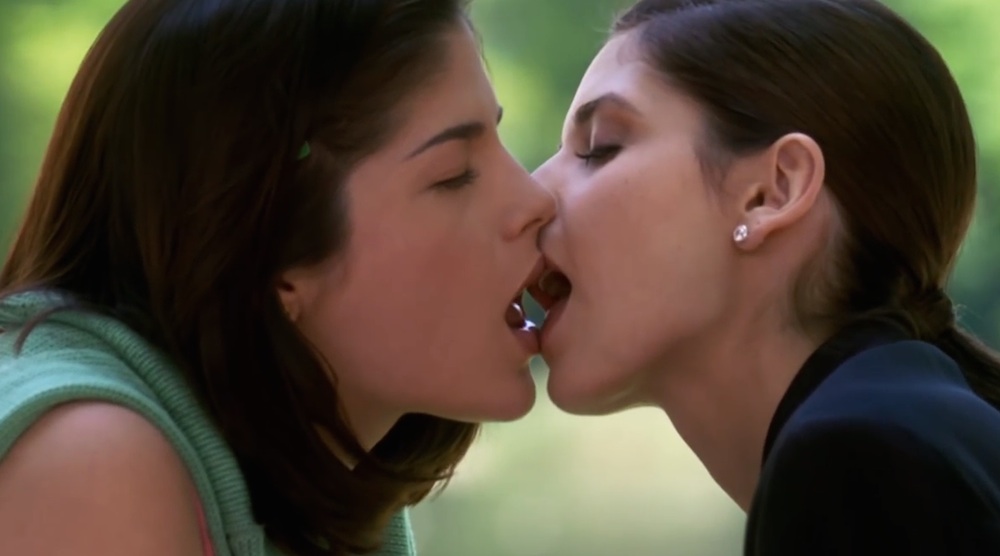 Every 2000 teenager’s wet dream is returning.

Everybody remembers Cruel Intentions because of that scene where Sarah Michelle Gellar makes out with Selma Blair, because at that age it was quite frankly awesome. I can’t really remember if the rest of the movie was any good, but apparently it was, because 15 years later they’ve decided to make a TV spinoff of it and Sarah Michelle Gellar is back for the ride.

#throwbackthursday (a bit early in Los Angeles) this picture was taken on the eve of production on the original #cruelintentions. Its me #rogerkumble (director) and #nealmoritz (exec producer) and the other is a picture of us now on the eve of production on the new #cruelintentions. That’s right “everybody loves me, and I intend to keep it that way” #kathrynmerteuil is back!!! I am happy to say that I will be joining them (and @nbctv ) on the new #Crueltv

Great, although the plot of the revamp sounds kind of shitty to be honest:

Kathryn Merteuil will set her sights on Bash Casey (Taylor John Smith), the son of her late stepbrother Sebastian Valmont (Ryan Phillippe) and Annette Hargrove (Reese Witherspoon) from the original film, as she vies for control of Valmont International.

Bash, on the other hand, will come across his dead father’s journal and discover a whole new world of “sex, money, power and corruption.”

Jesus, I’m already bored. It just sounds like a ‘sexier’ version of something like The O.C. or Gossip Girl. I doubt I’m gonna tune in or check it out, but I suppose it’s good to know that Sarah Michelle Gellar is still alive at least. She always seemed like someone who should have been more famous than she actually became.

I guess we should probably post this as well for anyone that somehow hasn’t seen it (and for everyone that wants to relive it). Still surprisingly good actually, aside from the awful dialogue and acting from Selma Blair at the start:

Told you, right? For more of Sarah Michelle Gellar, check out our run down of the top ten badass 90s babes.