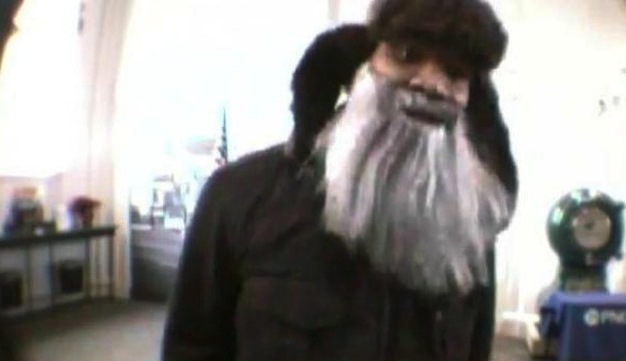 Is it really this easy to rob a bank? It must be if this guy did it in broad daylight wearing a Santa beard.

Police in Maryland are looking for an armed bank robber who disguised his face under a Santa beard and stormed a bank in the town of Laurel, firing a shot into the air and somehow making a clean getaway with the undisclosed amount of cash. Police are now relying on these CCTV images in hopes the public will recognise the man under the beard: 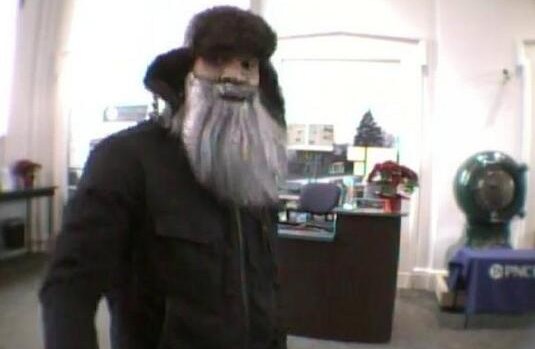 What’s shocking is that he managed to actually pull this off in broad daylight wearing a Santa beard. Are bank robberies really that easy? They’ve released these images of the dude but it’s clear they don’t have the slightest clue who he is – might even be the real Father Christmas for all they know and needs the cash ASAP to buy all the kids’ toys in time for Christmas.

PS Not glorifying bank robbery in the slightest but you have to admit that is a pretty dope pic below. That’s how you bank rob! Actually thinking of robbing a bank myself to get a similar action shot: 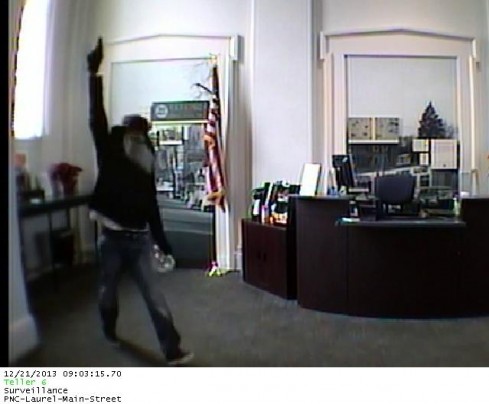