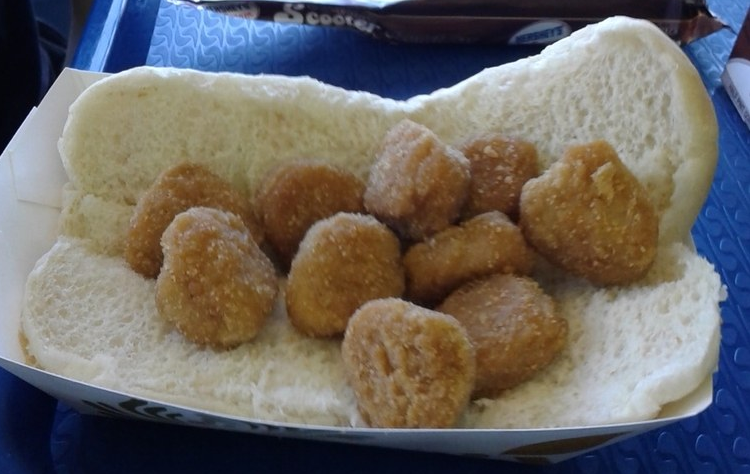 Back in school I actually used to look forward to lunches because there were some pretty neat options in my canteen – I’m well aware that not everyone who ever went to school was as lucky as me though. On the other side of the coin, whoever picked up the meal in this post could honestly be the winner of ‘the saddest school lunch of all time’ competition.

This picture was posted on Reddit and shows what is literally a chicken nugget sandwich, except it’s had the least amount of effort put into it out of anyone who’s ever made a sandwich. The bread looks stale and dry, there’s literally no effort put into the placement of the nuggets, and there’s no sauce of salad or anything else to add to the flavour. To sum it all up, it just looks absolutely pathetic: 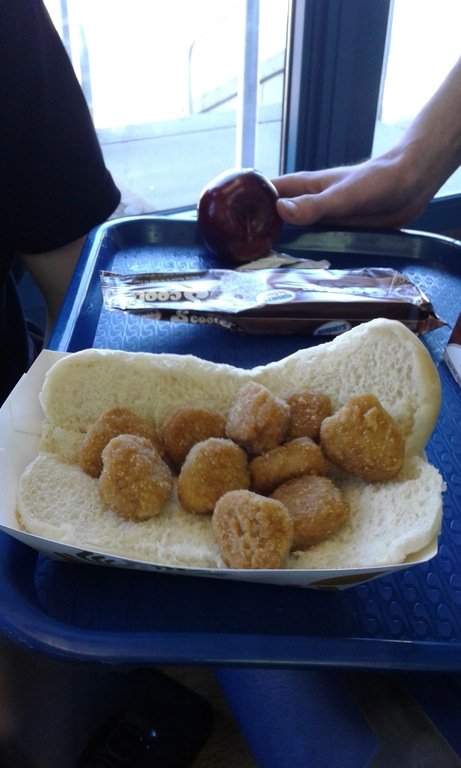 Sad. If there’s any redeeming feature about it then it’s that the ‘sandwich’ only costs $2.50, which is probably fairly cheap when you consider how many nuggets you’re getting for it. It’s just a shame that it looks completely and utterly bland and tasteless. Surprised there wasn’t a riot about it or something at the school it was being served at as it doesn’t tend to take much for American people to kick off.

For more chicken nuggets, check out this woman who managed to find a worm crawling around in hers. It’s grosser than this sandwich… just.