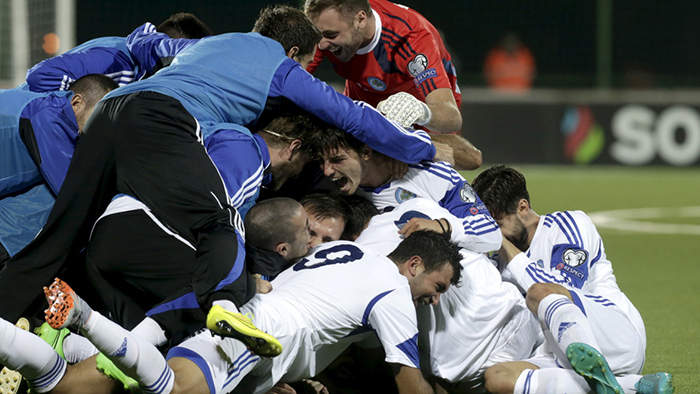 I think San Marino is officially the worst international football team in the world, which explains why England thrashed them fairly easily the other night.

They’ve won just one of their last 114 matches, which is the kind of result that would make lesser teams (if they existed) give up the will to play football altogether.

Well last night it didn’t even matter that they lost 2-1 to Lithuania, because they did manage one inconceivable feat — they actually scored a goal! Their first away goal in 14 years.

Here’s how the squad reacted:

The moment San Marino scored an away goal. Brilliant. pic.twitter.com/5RIfhGgbcy

Love it. The guy running their Twitter also lost his mind completely:

Congrats to them. Definitely not a group of players we want to punch in the face.