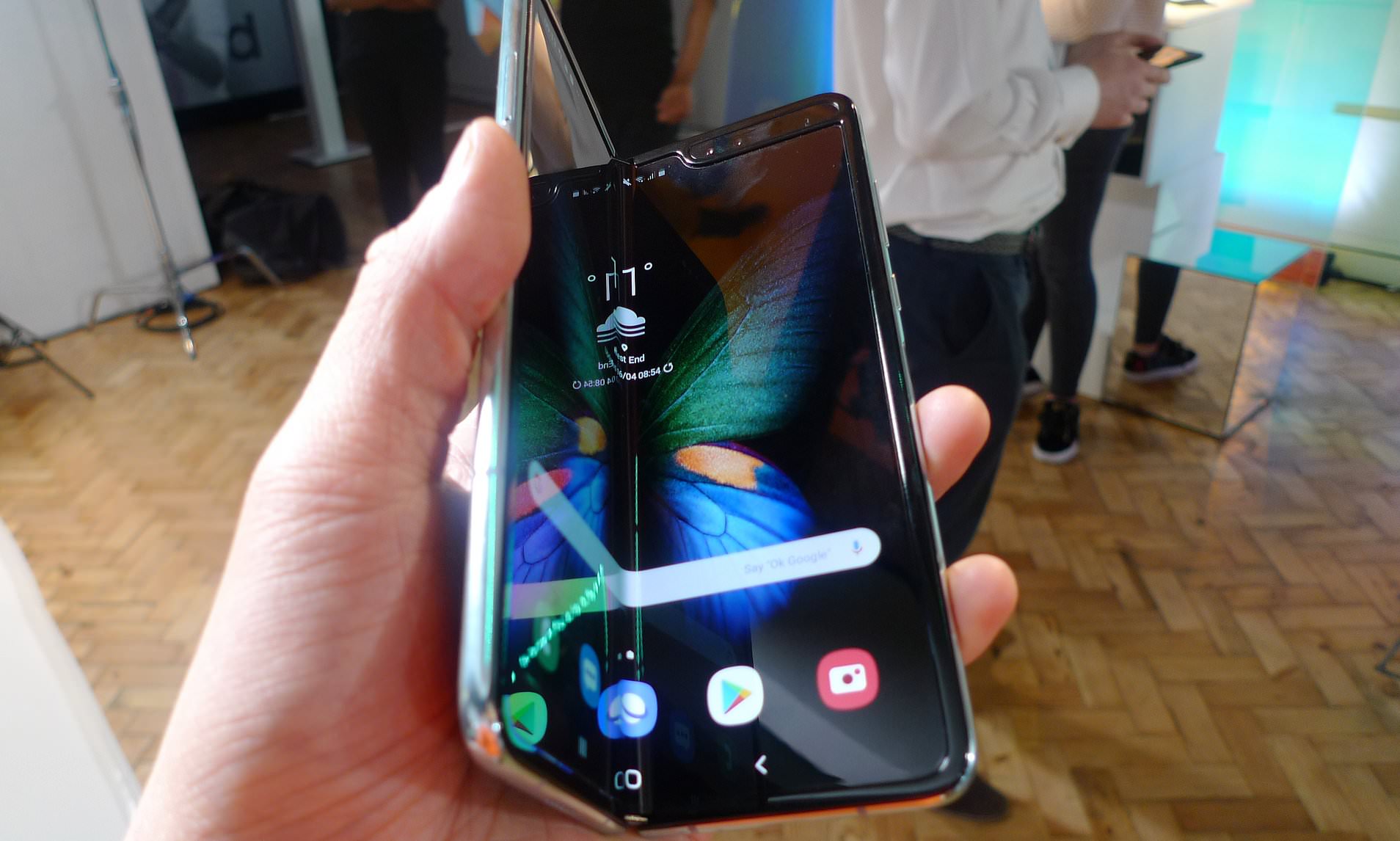 If you were saving up for the revolutionary new Samsung Galaxy Fold, you might want to hang on to your £1800/$1980/€1999 until they’ve sorted out a few problems.

According to several reviewers who have received the phone weeks before it’s due to go on release, the screen keeps cracking or flickering days after first use.

After one day of use… pic.twitter.com/VjDlJI45C9

My colleague opened the Galaxy Fold and it started doing this. So, long answer to your question @WilfredFrost, the hinge doesn’t seem very rugged after all. After two days: pic.twitter.com/Z1F8iwjURa

The screen on my Galaxy Fold review unit is completely broken and unusable just two days in. Hard to know if this is widespread or not. pic.twitter.com/G0OHj3DQHw

When I tap the screen as well with the top of my finger and the fingernail hits it (very common), it also leaves a seemingly permanent indent. Samsung is going to send a replacement and I’ll share updates.

The phone comes with this protective layer/film. Samsung says you are not supposed to remove it. I removed it, not knowing you’re not supposed to (consumers won’t know either). It appeared removable in the left corner, so I took it off. I believe this contributed to the problem. pic.twitter.com/fU646D2zpY

SUPER YIKES: something happened to my Galaxy Fold screen and caused a bulge. I don’t know how it happened, and I’m waiting to hear back from Samsung. It’s broken. https://t.co/p1014uB01D pic.twitter.com/3FZJkWtSKr

Not a great start really is it? Big company tries to develop a new phone that’s going to revitalise the entire smartphone industry and it becomes a total joke on the internet before it’s even released. Should have probably made sure the Samsung Galaxy Fold was in good working order before sending it to the biggest technology reviewers with the biggest Twitter followings for review.

Oh well, will probably still end up being a massive success anyway once they iron these issues out.

At least Samsung’s new 219-inch TV is looking suitably epic. Can’t wait for that one.