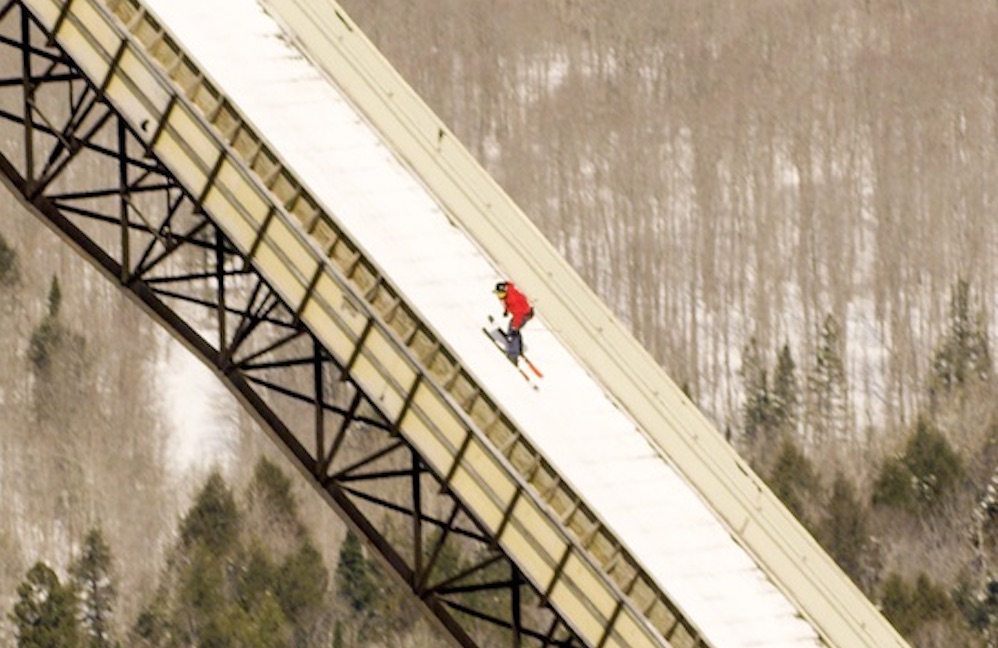 This is absolutely mad.

Sammy Carlson is a 7 times X Games medallist so obviously knows what he’s doing when it comes to skiing, but like most greats in their respective fields of extreme sports, he’s always trying to push the envelope and the boundaries of his discipline.

That’s where this video comes in. Sammy travels to the middle of nowhere in the mid west to an abandoned 24 storey ski ramp and then attempts to jump off it backwards, knowing that if he fucks it up then he could quite easily break both his legs and any other assortment of bones in his body. What a daredevil.

Well yeah, of course he made it but I wasn’t expecting to see that part at the end where he completely screwed up one of the ‘easier’ landings. That looked like it messed him up good and proper. Still, none of these boys ever made it to the big leagues without a few knocks so I’m sure he’ll be back up and at ’em before too long.

For something comparable to this, check out Bob Burnquist’s legendary Dreamland edit.