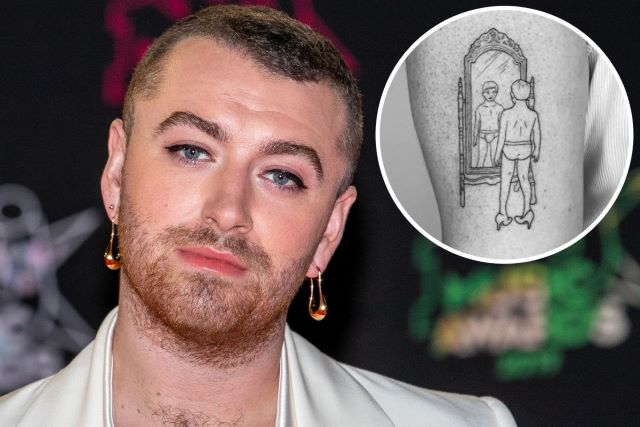 Then in 2019, Sam Smith announced that they doesn’t identify as male or female, and from now on would like to be referred to using gender-neutral ‘they/them’ pronouns.

Well it’s been a couple years now and Sam Smith is still non-binary, so it looks as though they’ve figured it out once and for all. To commemorate this, the 28-year-old has now got a tattoo which pays tribute to their non-binary identity and the journey they’ve been on: 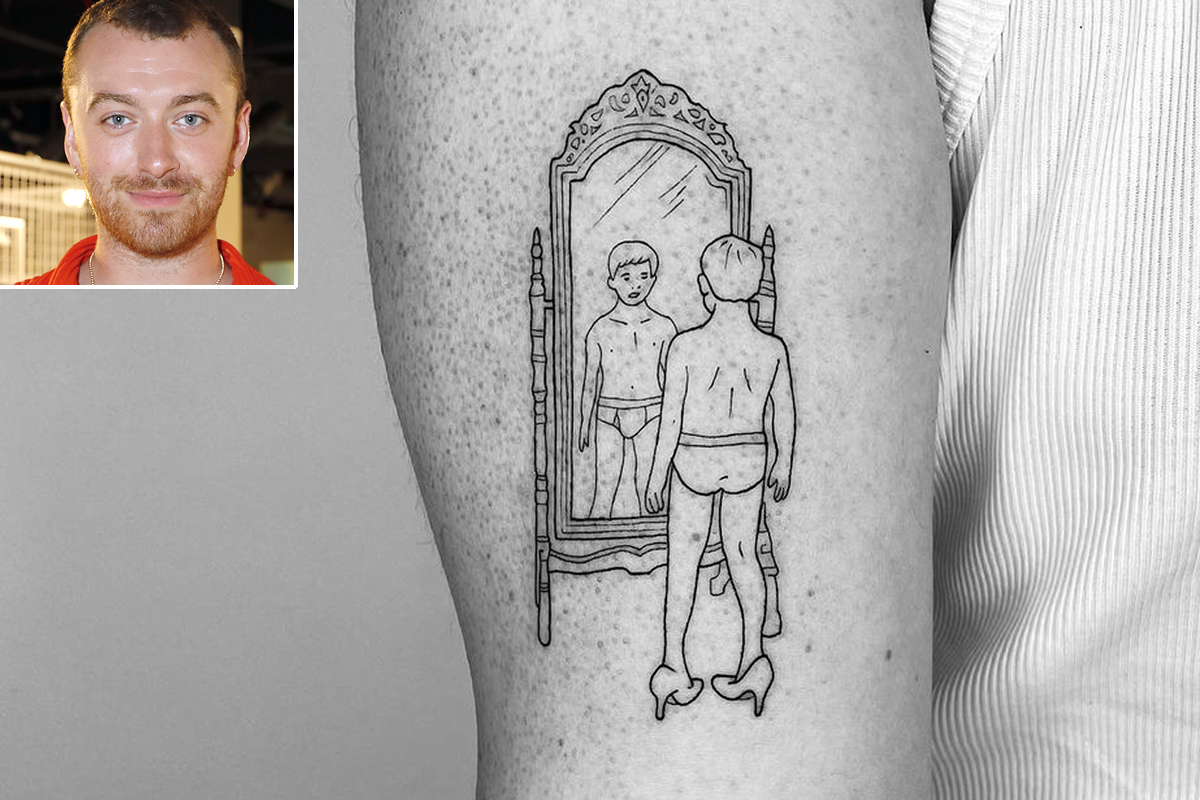 Yup, that’s a young lad wearing nothing but Y-fronts and high heels and looking at himself in the mirror, presumably a pivotal moment, or at least a memorable one, in Sam Smith’s childhood?

Personally I would have preferred it if Sam Smith kept on switching up their identity every couple years just to keep things interesting/wind people up, but fair play to the guy if they’ve settled on non-binary and if that’s how they really feel then I guess you’ve got to take their word for it. Well it’s either or be seen as some kind of non-binary-phobe, right?

I’ll be honest – I can’t wrap my head around the whole non-binary thing but if that’s how Sam Smith and others want to live their lives, then fair play to them.