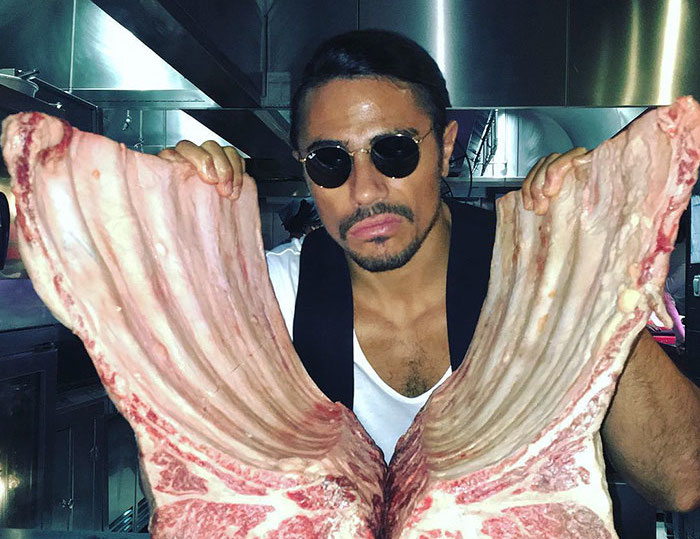 Looks like his charms have been working a treat.

The internet/world has been obsessed with Turkish chef Salt Bae ever since a video of him seasoning some meat went completely viral a few weeks ago. Now that he’s right in the midst of his fifteen minutes, he’s decided to show the world what his personal life looks like.

It turns out that Salt Bae does indeed drive women as crazy in real life as he does when he’s seasoning meat in videos, as he’s managed to sire a whopping nine little sprogs. Given that he’s only 33, that’s a particularly impressive achievement.

There’s no information on if they all have the same mother, but the fact that they’re all posing in one photograph together kind of implies that Salt Bae is at least on good terms with all their mothers. But to be honest he’s Salt Bae – he could probably screw any woman or man over multiple times and they would still come running back for more:

What a bunch of cuties. Salt Bae obviously looking like a complete and utter badass there, as per usual.

In case you’re wondering, the caption says, “The man who does not spend time with his family is not a real man.” Good to know Salt Bae is an honourable guy as well as a complete badass.