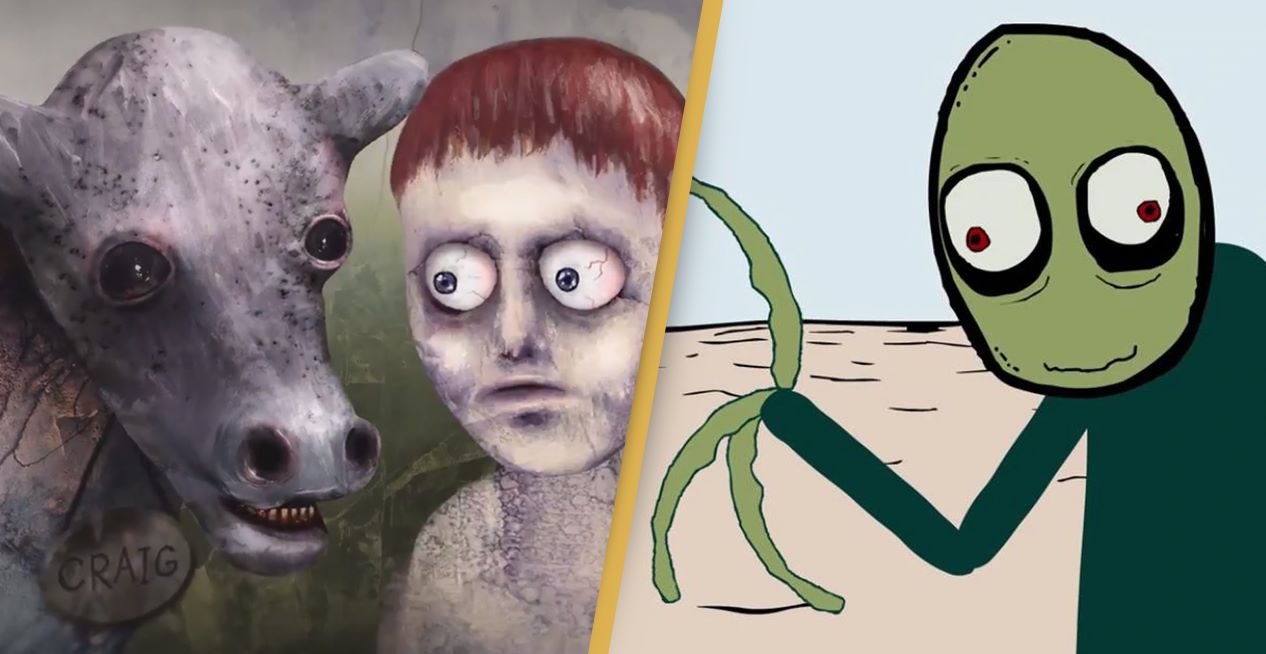 This is very weird.

‘Salad Fingers’ is one of the original viral internet stars, so it’s always interesting to see what creator David Firth is up to these days as he clearly has one of the most unique visions out there.

His latest creation is called SockSix which looks way more disturbing, creepy and weird than Salad Fingers ever was back in the day. The trailer revolves around a talking cow called Craig, but also features a bunch of bodies burning and a load of cars crashing everywhere, as well as some weird creepy tentacle things and a really gross make out scene.

You can check out the trailer below but be warned it’s probably going to leave a mark on you:

What was all that about then? Bearing in mind how ‘Salad Fingers’ turned out most of the time I doubt it’s going to make any real sense, but it sounds like it’s still going to be fairly poignant and disturbing if the trailer was anything to go by.

There’s no release date for the animation yet but we know that it’s coming soon and it’ll be 15 minutes long. Firth doesn’t tend to hang about once he’s announced something so I reckon it might be out fairly soon, maybe even before the end of the week. Watch this space.

For more of the same, check out our last encounter with Salad Fingers. That was really messed up as well.