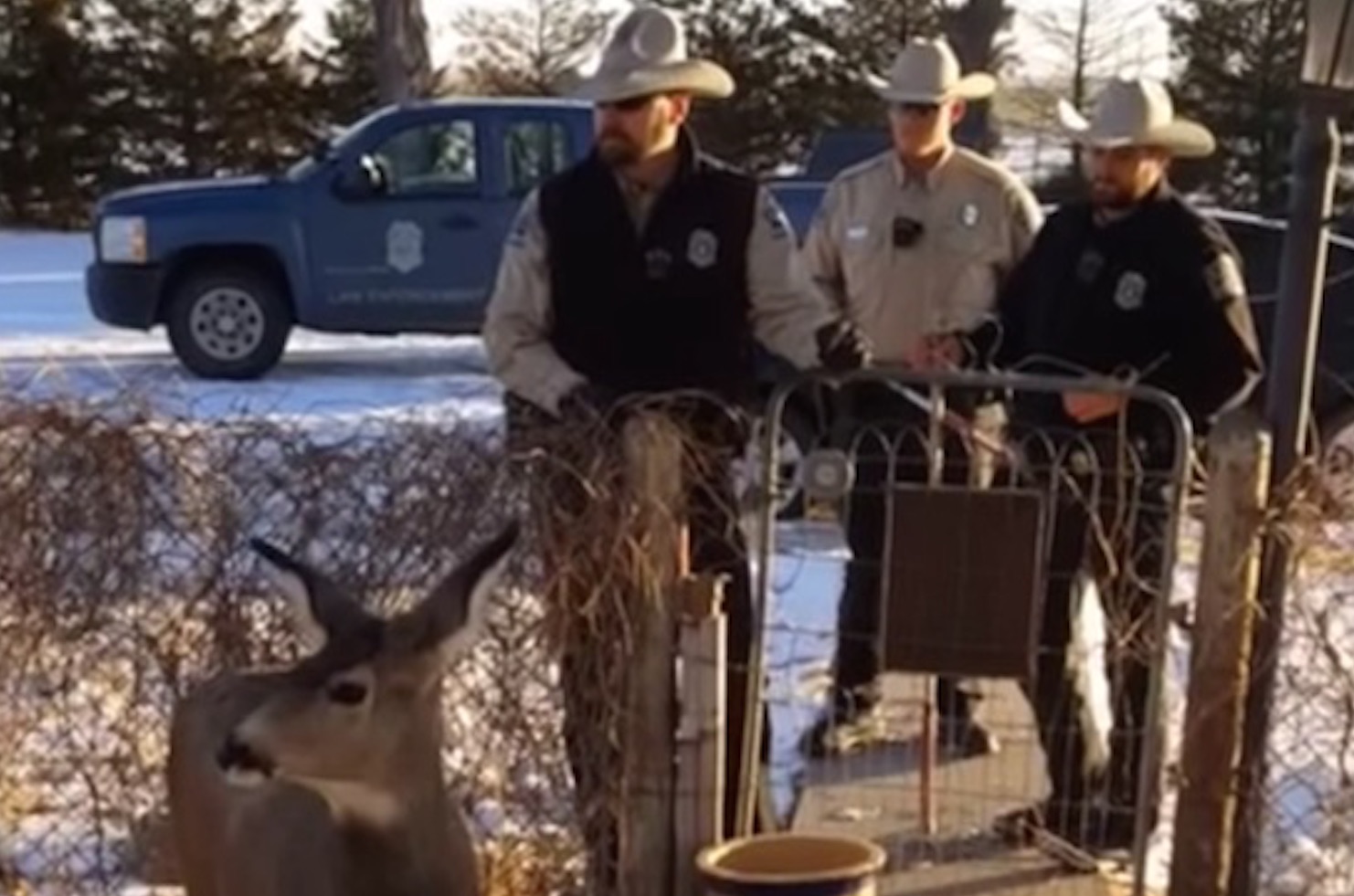 Adopting an animal and looking after it should be seen as an honourable and beneficial act and definitely shouldn’t be regarded as an illegal problem. Even if it is for some reason however, it shouldn’t end in the animal having its brains blown out in front of the owner like the events depicted in the video below.

We’re in Kansas, where a game warden has been investigating the McGaughey family for two years regarding their pet deer Faline. Apparently it was ruled that the family keeping the deer was illegal, and the only option to solve this ‘problem’ was for them to shoot it right there and then in their front yard. This video is really gross, especially if you love animals, so be warned before you watch it:

Geez. I know we don’t see the deer fall limp but man, it’s horrible how those assholes stalk it and don’t even seem to care that they’re killing somebody’s pet. I’m not even sure why it would be illegal for them to own the deer as it seems like they live on their own in the middle of nowhere.

Even if they absolutely did have to ‘get rid’ of it somehow, it seems completely barbaric for them to do it right in front of the owners on their front yard when they know it’s going to upset them. It’s completely horrible footage and I hope by putting it on the internet this family gets some sort of retribution for it from them. Awful.

For deers giving humans a taste of what they deserve, here’s a guy jumping into a deer enclosure and getting the absolute shit kicked out of him. Good on ya.