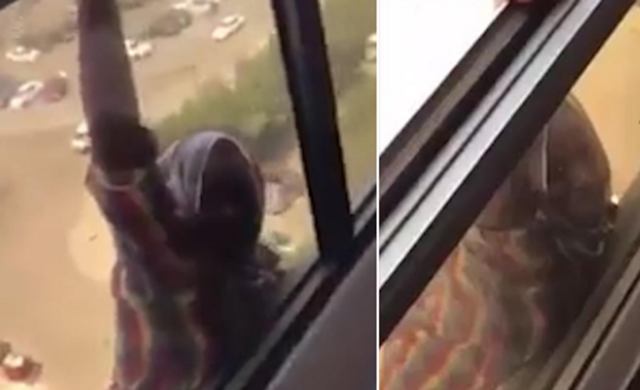 And you thought your boss was bad.

Think you’ve got a crappy boss? This terrified housemaid was left dangling from a 7 story building and pleading for help while her employer just stood there and filmed her, even capturing the moment she lost her grip and plummeted to the ground below.

The Ethiopian worker, who survived the fall but suffered a broken arm, claims she was fleeing someone trying to kill her inside the apartment in Kuwait:

Police have since arrested the employer for not lifting a finger to help, then posting the clip online.

The boss claims she filmed the ordeal in case she was accused of killing the maid, which is an absolutely bonkers, mind-blowing excuse to film someone nearly die instead of helping them. Pretty sure the judge will see right through that once they watch the video evidence of her letting the woman fall out of a damn window.

So next time you want to complain about your boss, spare a thought for this lady dangling out of a 7 story window. Then read our rundown on 5 dickhead bosses and how to deal with them.