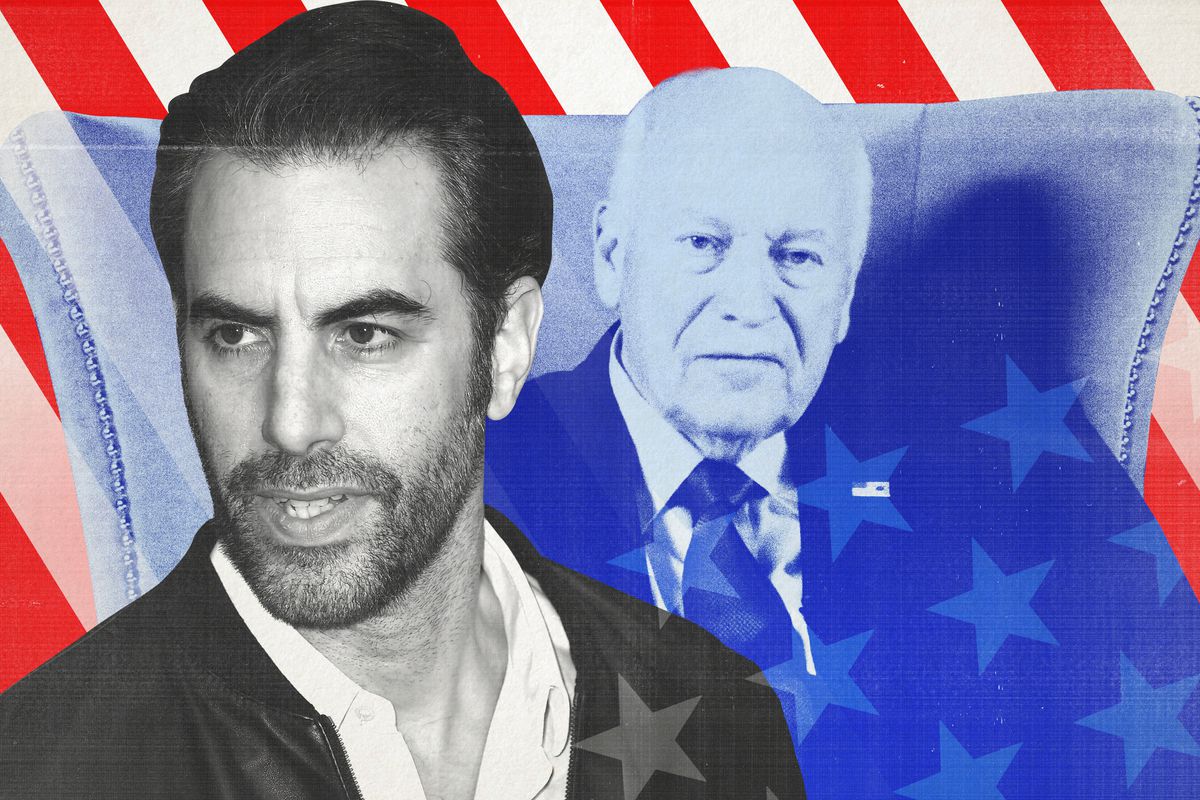 Going back to his roots with fake interviews.

The initial phase of Sacha Baron Cohen’s comedy involved him making up ridiculous characters like Ali G and Borat and utilising them to interview famous people and whilst it was hilarious it was also very popular, seeing him become a global superstar and meaning that he couldn’t really pull pranks like this anymore.

Or so we thought. It turns out that Sacha Baron Cohen has been working in secret for the last year with Showtime over in America on a new show called ‘Who Is America’ and it looks like he’s up to his old tricks again.

Although no details have really been released except for the following trailer, it pretty much implies that Cohen has spent the past year or so dressing up and interviewing some prominent Americans in ridiculous situations, evidenced by the footage of former Vice President Dick Cheney agreeing to autograph a water board. How the hell did he get away with that?

Yep, this looks like it’s going to be seriously good and it’s kind of what the world needed with the political situation seemingly everywhere being screwed up so badly.  Really hope that he managed to fool Trump again, but I realise that that is way way harder to do than previously.

However, given the teaser he posted on Independence Day that prompted many of us to think that he was actually making a documentary about Trump – could we be seeing one of the greatest displays of trolling in modern history? Let’s hope so. We don’t have long to wait to find out either as it’s premiering this Sunday night. Gonna be interesting no matter what happens.