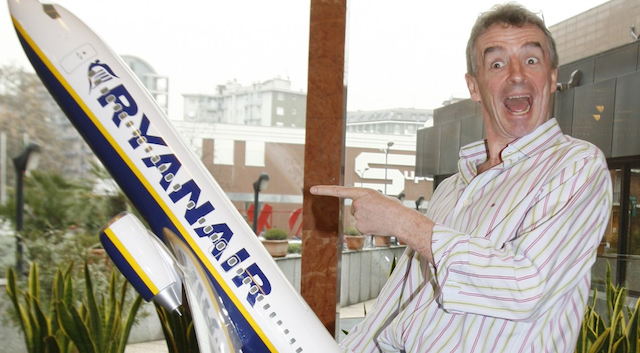 Michael O’Leary started his Q & A session with a spectacularly sexist comment and proceeded to engage in even worse banter for the next hour.

Ryanair boss Michael O’Leary is known for being outspoken but I don’t think anyone was prepared for what was going to go down during his first ever Twitter Q&A session and this includes Michael O’Leary himself as it didn’t appear he had a clue what he was doing throughout the whole incident. It didn’t even look as if he had even used Twitter before, which is a great piece of strategic planning from Ryanair.

The whole escapade got off to an extraordinarily bad start when O’Leary didn’t seem to think that his response to the first question he was asked – by a woman – would be seen by everyone on Twitter. This is what he said:

As you can imagine it was retweeted rapidly and spread  all over the internet like wildfire with responses including ‘@Ryanair how is it appropriate for an airline CEO to be a sexist pig?,’ and: ‘People who fly Ryanair: do you also think this is an acceptable thing to tweet at a woman?’ as well as the couple you can see below:

To be fair to O’Leary he handled the backlash from this fairly well, eventually replying with the following tweet and dropping in several allusions to girls and their looks throughout the Q&A session, making it appear that he was trying to be nice and complimentary about their looks rather than just a complete sleazeball. Whether he achieved this or not is debatable, but I think it’s probably better than coming out with some halfassed apology that nobody is going to believe anyway that will just make you look like even more of a complete and utter moron.

You can see more highlights and lowlights from Michael O Leary’s attempts at social media on the next page: