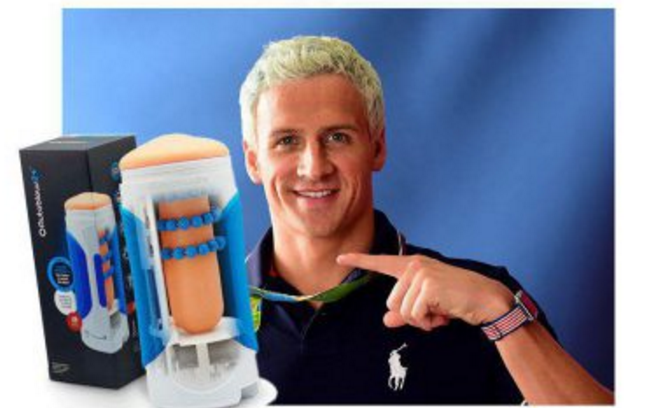 Ryan Lochte has famously been a complete idiot recently after he lied about being robbed at gunpoint at the Olympics, but despite losing most of his endorsements there might be one company that still want to sponsor him: a blow job machine company.

Yes, Ralph Lauren and Speedo may have dropped him in a heartbeat, but the Autoblow 2 are still keen to have Lochte as their celebrity spokesperson. Here’s what brand founder Brian Sloan had to say:

It takes years of dedication and practice to win one Olympic Medal let alone 12, so I see in him a man with qualities our brand stands for.

The Autoblow 2’s tireless motor exemplifies the Olympic spirit much as Lochte did while winning his medals.

To be honest, his reputations is so shot right now he might as well do it just for the absolute megalolz that would ensure, but I imagine he’ll just be lying low for the foreseeable future thinking about how much money he’s lost and how much of an idiot he’s been. Maybe wanking too, although probably without the help of an Autoblow 2+.

If you’re in any doubt about what an Autoblow 2+ actually does, click here.