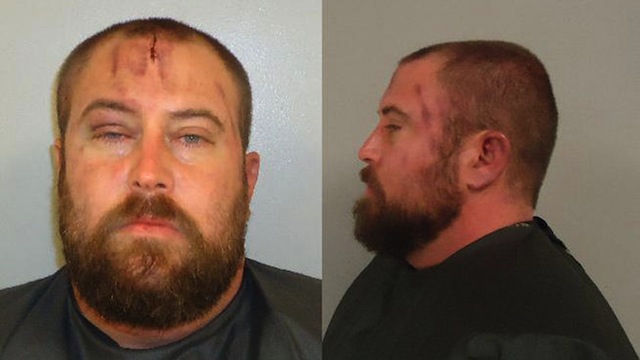 An armed and dangerous wannabe Rambo was brought crashing down to reality when he challenged two Russian bar patrons to a fight.

37 year old Florida man Daniel Allen Noble ended up in jail after going on a Rambo-style rampage at a bar and slashing two customers. He had been drinking at the bar previously the same night, only to be ejected and to return dressed like the Sylvester Stallone film character and armed with an “Uzi-style assault rifle” and a pair of hunting knives.

He challenged two patrons to a fight, Russians Vassili Mironov, 28, and Roman Dubinsechi, 23, who proceeded to wrestle his gun away and beat the shit out of him, suffering a few cuts themselves (one dangerously close to the eye for Vassili).

â˜› More Rambo: The Top 100 Action Movie One Liners Of All Time

And that’s what happens when you dress up like Rambo and think that automatically gives you his Russian-slaying abilities. You end up shaming not only a fictional movie character and the man who played him but most of all yourself. Big up the two Russians for potentially saving a life or two in Florida.