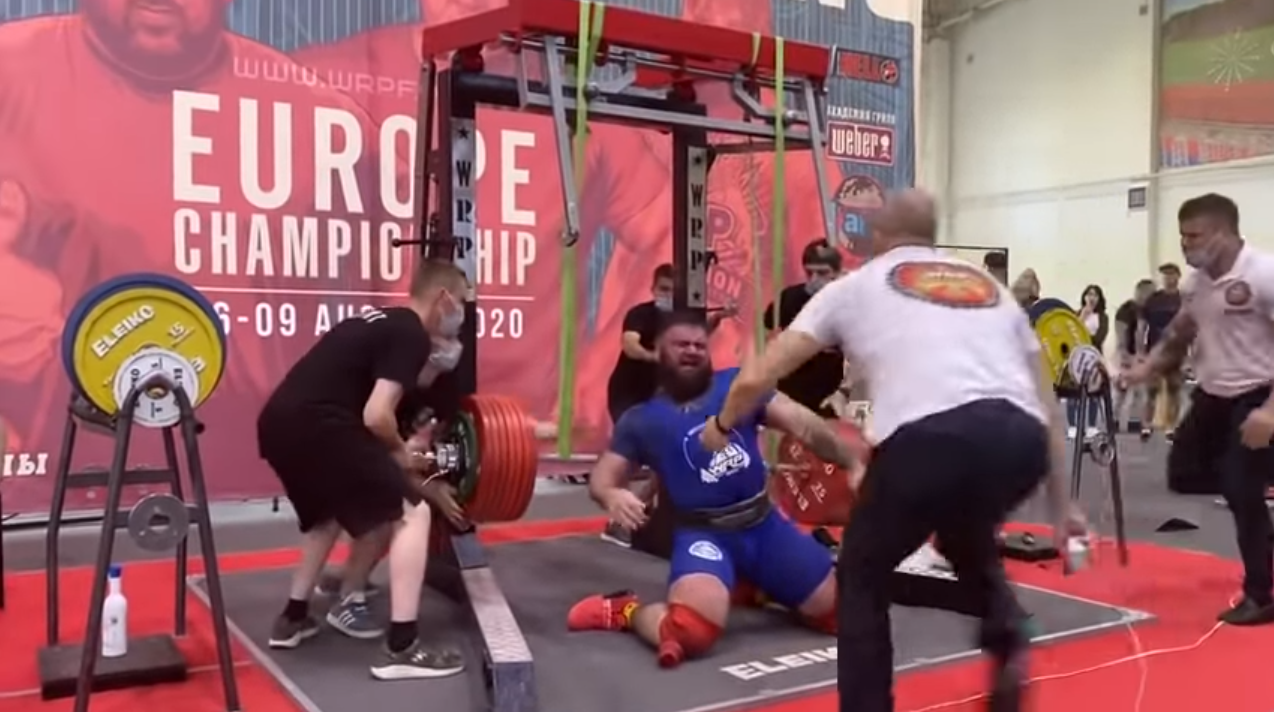 Every now and again you see a weightlifting video where the lift goes so wrong and the weightlifter gets so injured that you wonder why anyone would even bother attempting to push their body to such limits and – surprise! – today is another one of those days.

This time it’s the turn of Russian weightlifter Alexander Sedykh, who was attempting to perform a 400kg squat at the World Raw Powerlifting Federation European Championships near Moscow and I suppose you have to say fair play to him for trying. He looks like an absolute beast of a man so he probably thought he at least had a shot at it, right?

Unfortunately for him though, it didn’t work out well at all. Don’t watch this if you’re eating your dinner or don’t wanna see a guy’s body move in ways that it definitely shouldn’t move:

Fucking hell the worst thing about that was how long it took because you knew what was going to happen but it just prolonger the torment by having him stumble around so much before it happened. Brutal.

Thankfully, Sedykh was OK afterwards. Well, sort of – he had six hour reconstructive surgery to put his legs back together and now has to spend two months lying down before he learning to walk again after that. I suppose it could be worse hey?

For more of the same, check out this squatter ripping both his quad muscles off the bone. Yeowch.