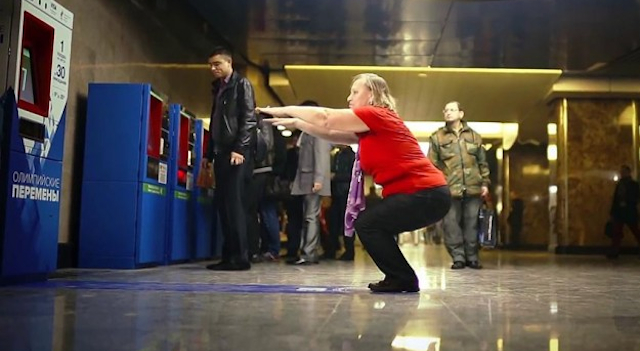 This is probably the only good idea Russia has ever had.

In an effort to promote the 2014 Winter Olympics, which are taking place in Sochi in Russia, the Moscow subway system is now offering commuters free fares in exchange for them doing 30 squats. New ticket machines have been installed which measure your squats and then give you your ticket. They can tell if you’ve been cheating too so there’s no getting off easy.

I think this is a great idea and probably something they should do all over the world – especially in America – to stop everyone becoming completely obese. Having said that, the fatties will probably just keep paying for their tickets so it probably won’t even do any good.