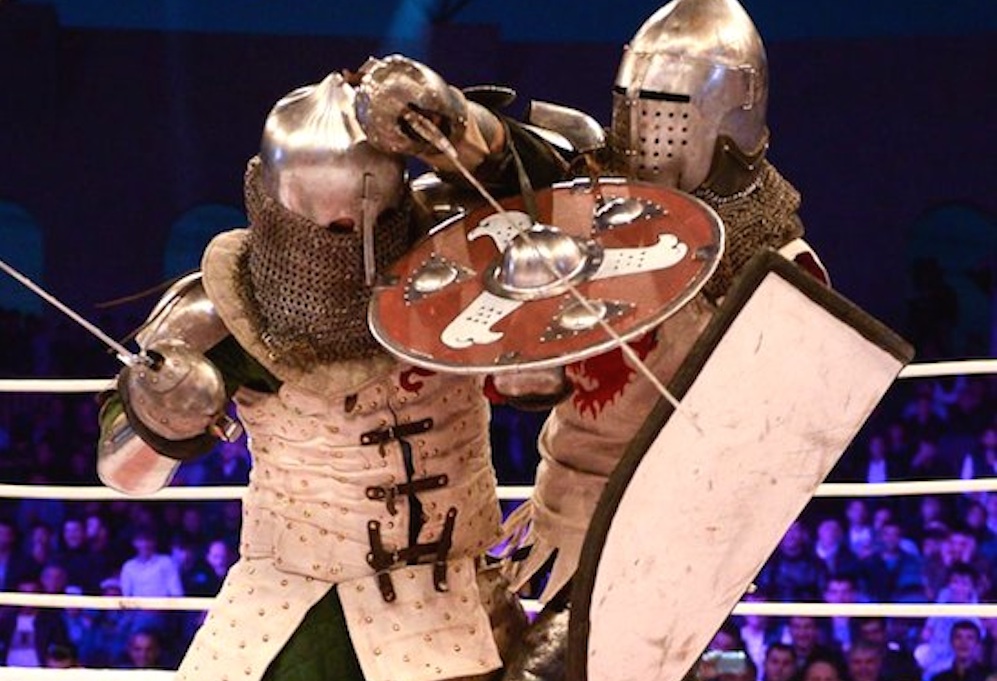 We already know that MMA in Russia is completely insane – check out this insane 5 on 5 competition or this kid wrestling a bear as part of his training for proof – but this really does take things to a whole new level of craziness.

In their infinite wisdom some Russian dude has decided that it would be a completely sick idea to dress people up as knights in medieval armour – complete with swords and shields – and get them into an MMA ring to have an MMA fight. Not only is this unbelievably dangerous and ridiculous, there’s also no way anyone could really train for this or hope to be good at it – it’s literally a case of go put on some armour, here are some weapons, now go fight each other. And don’t forget that the armour is unbelievably heavy so you are going to be seriously slowed down and sluggish and sweaty when you’re fighting – as you can see by the perspiration on the winner’s face at the end of this video.

Even more insanely, there are now apparently plans to start a national league of this stuff over there after the first fight was so well received. Don’t they realise that playing around with swords could actually kill somebody?!

As the blurb says – this is Game Of Thrones in real life. First video is just a promo, second one is the full 20 minute fight.