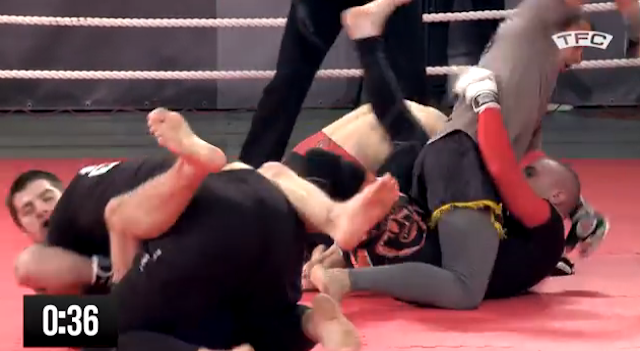 We featured one of these fights before but I didn’t realise there was a whole series of them.

Back in April we featured a 5 v 5 MMA fight between Poland and Sweden, but at the time I didn’t realise that it was part of a humongous international tournament and that there would be literally loads and loads of other fights from it popping up on the internet from it in the following days. What a absolute idiot I was.

Here’s one of the best ones we’ve come across, as a team from Russia take on a team from the Czech Republic. There pretty much aren’t any rules at all and it’s a case of one team kicking the crap out of the other until they all go down. Once one of your teammates goes down you’re at a distinct disadvantage and it’s normally the team that gets rid of someone first that goes on to win, because once you’re a man down, shit gets really brutal.

As JR from the WWE used to say, it’s pretty much a legal mugging. To be honest I can’t even believe it’s legal.