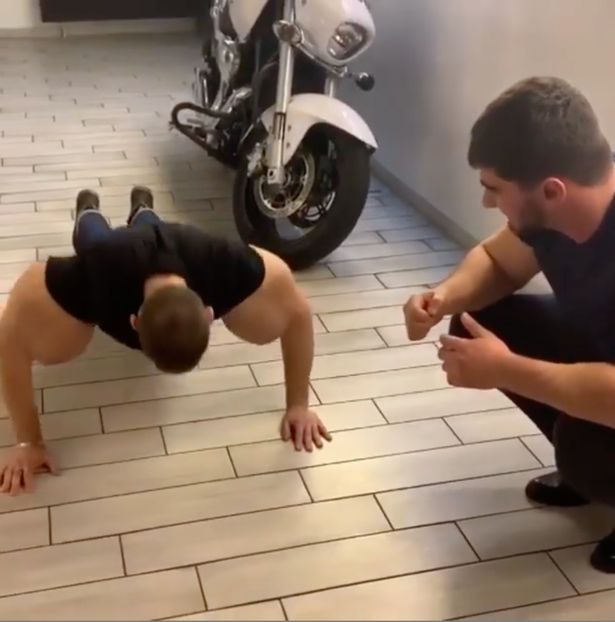 Two of the dumbest fake wannabe idiots out there have to be the Russian Hulk and the Popeye Bodybuilder, so it makes complete sense that the two would team up to create even more stupidity.

23 year old Kiril Tereshi – known as the Popeye Bodybuilder after injecting loads of synthol into his arms left him with ridiculous looking biceps – has revealed that he’s been training with the Russian Hulk 18 year old UFC prospect Ashab Tamaev – who boasts a 20 inch neckline and humongous biceps that are probably also filled with synthol – ahead of his next MMA fight after losing his debut in three minutes. Here’s the first video of their workouts together:

I mean that’s just dumb isn’t it, but I suppose that is how things go viral and that’s what both of them want. Not sure why Tamaev is wasting his time hanging out with a loser like Tereshi when he could actually be a legitimate contender, but I suppose the value of (no actual) lolz was too much for him to turn down.

Hope he hasn’t shot himself int he foot with those ones. Best of luck to Tereshi in his next MMA fight too as I’m sure that will be a classic as well. If you missed his first fight, watch all three minutes of it right here. Epic.