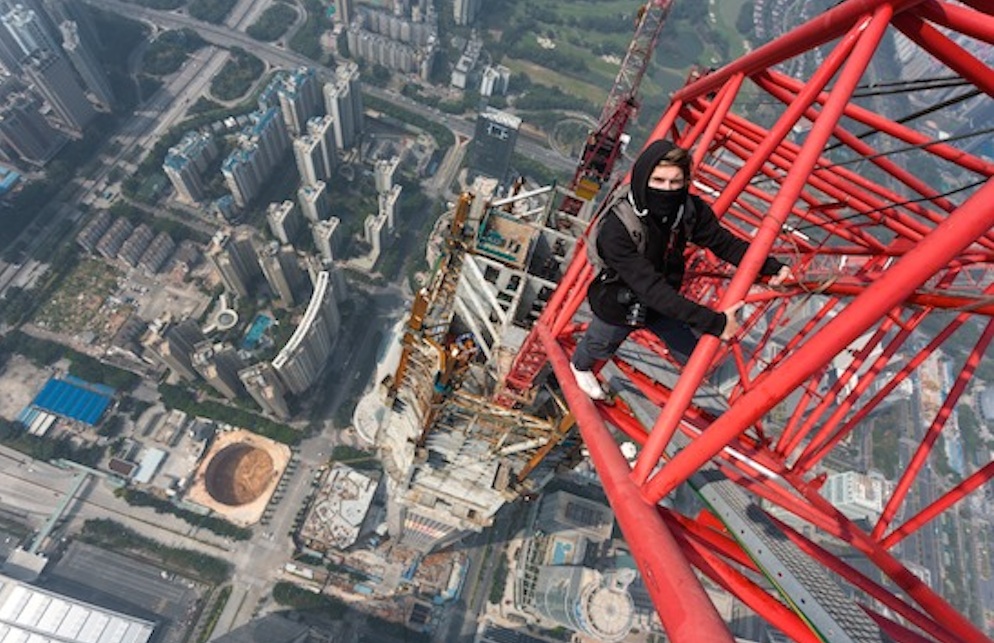 All in a day’s work.

A year ago these two Russian guys broke into and climbed up the Shanghai Tower, which at the time was the second tallest building in the world after the Burj Khalifa.

Now, one year later there’s another new financial tower under construction in China which is set to top the Shanghai Tower with a height of 660 metres, making it the new second tallest building in the world. Naturally, these two dudes had no other option but to break into it and climb up it again. It’s called the Shenzhen Tower. Here’s what they had to say about it:

For more than a year ago we’ve climbed Shanghai Tower certainly not expecting the resonance and the amount of feedback we’ve got. And so, that amount of feedback led us to an idea of making a tradition of roof topping new skyscrapers all around the world. Today’s hero of attention is a new financial center still under construction and is situated in Shenzhen, China. Right now its height is about 660 meters and that makes it the second tallest tower in the world. Right after Burj Khalifa in Dubai.

Hopefully these guys keep making videos of them breaking into skyscrapers and climbing up them, because they give you the thrill of climbing up the buildings without actually going anywhere near them yourself, and that’s A-OK with me.