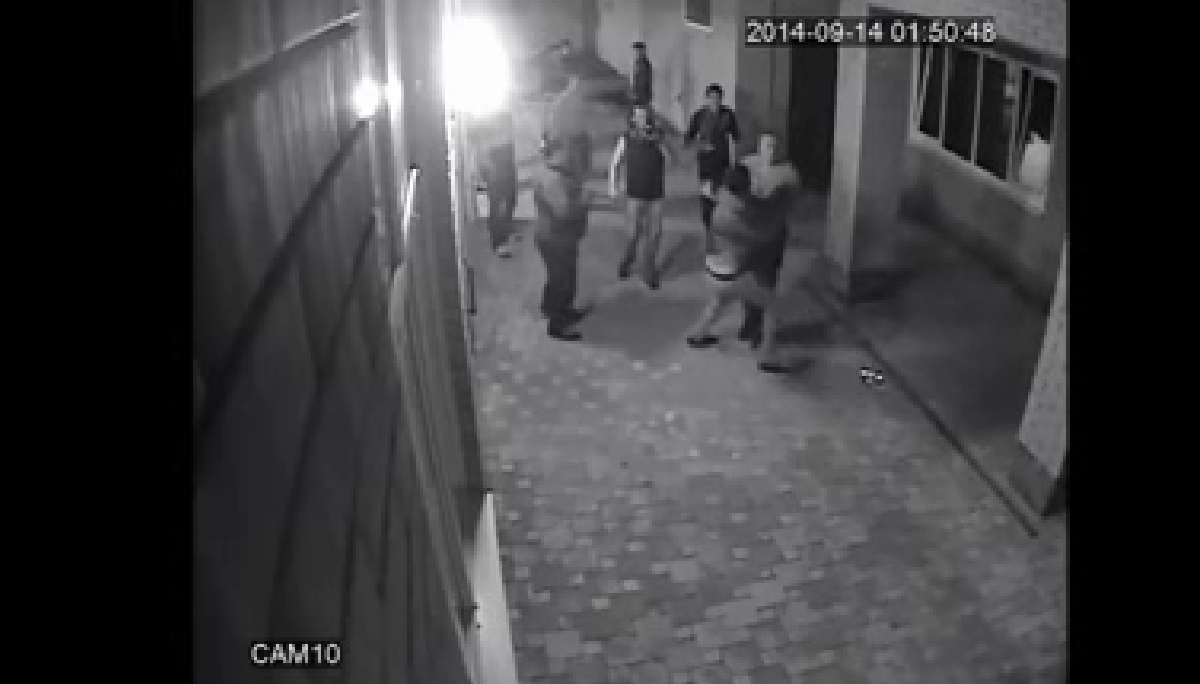 A massively outnumbered guy in a Russian back alley puts his stamp on the situation.

CCTV cameras are often maligned as a sign of the New World Order and Big Brother watching down. I have to admit I do agree in part, but the wealth of awesome videos we’ve got out of them almost makes up for the constant spying. My personal favourite is the video of the bear nicking bins out the back of a restaurant. This following footage is a little less family friendly though.

The CCTV footage is set in an alley round the back of a club or bar or something in Russia. I don’t know anything about the actual situation, the Russian site I found it on simply said: “The guy was a good boxer”. They got that right.

There’s a little bit of a discrepancy of opinion somewhere along the line. I don’t know what they’re upset about, but one guy decides he wants to do some punching. This fella starts on a guy who seems to be on his own, but then almost immediately regrets it, as does his mate. The loner lands two perfect KO punches in a row and two guys are knocked out cold.

I bet the KO master was well chuffed when he saw the footage. It’s just a little bit more brutal than the nerd fight at the Cyber Cafe, but maybe not as funny: