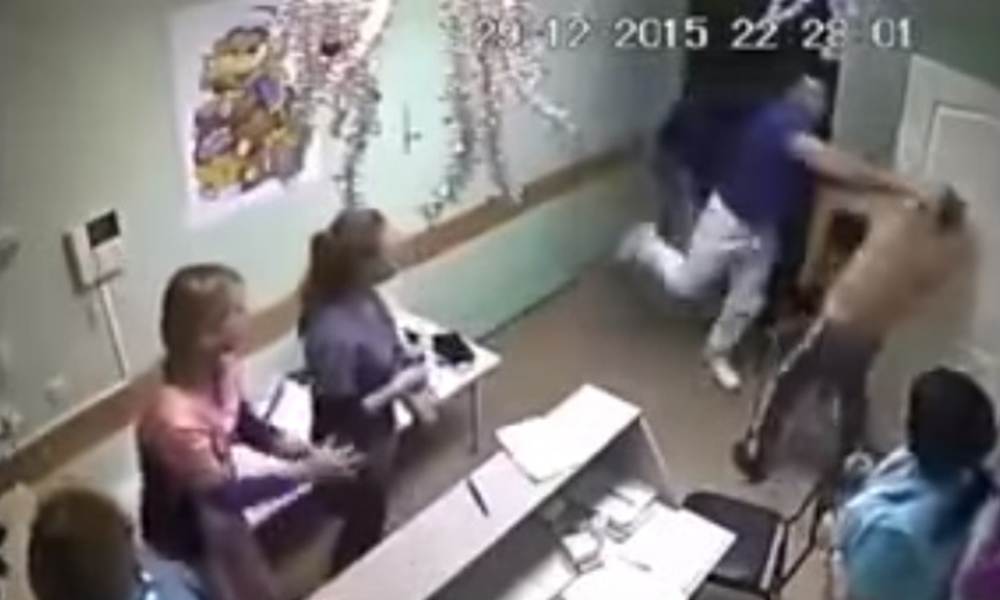 You wouldn’t like him to tell you that you needed to be put to sleep for an operation.

Shocking footage has emerged of a Russian doctor killing a man with a single punch.

Russians have a notorious reputation to not be fucked with and it seems that means everybody – including their medical staff.

Doctor Ilya Zelendinov saw red when a patient kicked a nurse during a medical procedure. He came into the room and kicked off, taking on two men at once. One of them took a beating, while another took only one punch. Turns out that Dr Zelendinov must have iron fists, though, as that single punch killed the guy. Damn.

Russian media have dubbed him the ‘boxing doctor’ following his fatal blow on Yevgeny Bakhtin. He’s under investigation for causing death through negligence, and faces two years in prison.

Fair play to him for sticking up for his nurse. But, y’know, he didn’t need to kill the guy. You wouldn’t want to be a patient of his and be informed that he was going to put you asleep for an operation, would you?

To be honest, you wouldn’t really want to see any doctor in Russia, they’ve got themselves a bit of a reputation.