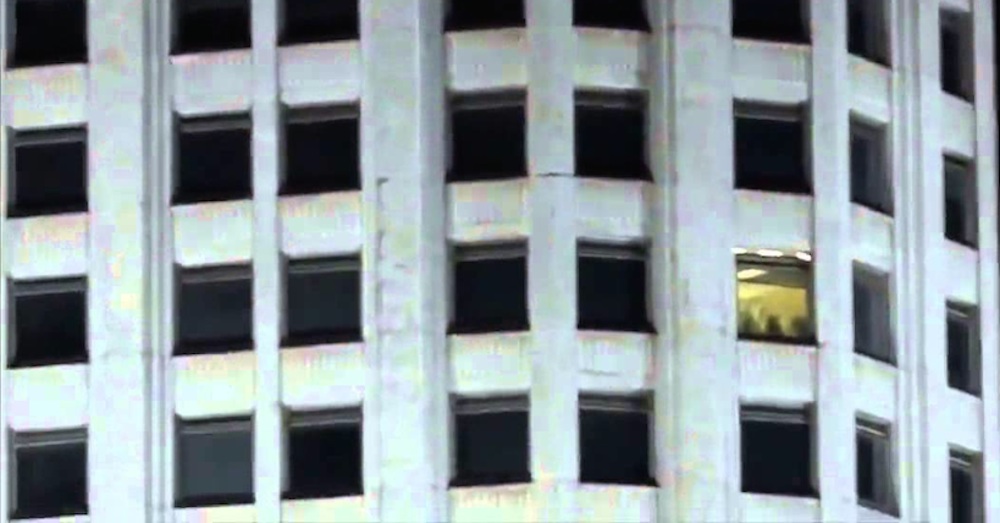 This has been online for a couple of years but it’s only really taken off in the past couple of days after someone hosted it on LiveLeak. It’s a very clear video of two Russian government employees getting it on after hours in a building that’s allegedly the equivalent of The White House over there.

It was filmed by some dude who was making a video of the Russian Parliament building late at night for some reason (weirdo) and noticed that one of the lights was still on. Zooming in, he got way more than he bargained for. It seems like when you’re working late for the government sometimes you just have to relieve some stress.

The clearest images come about 30 seconds into the video where you can see a woman pushing her hands against the window, whilst it looks like she was getting slammed from behind. Those Russians sure know how to do it.

To be fair though, it isn’t one of the weirdest places that people have been caught having sex.