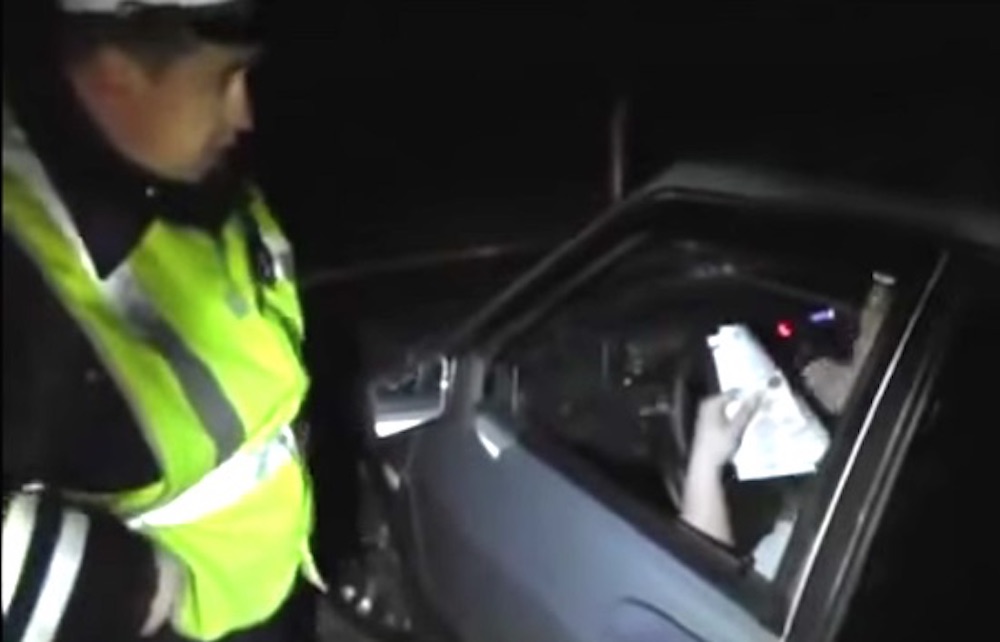 And you thought American cops were bad.

It’s usually American cops these days that are getting a lot of shit in the media and it’s usually richly deserved as quite often they’re shooting unarmed civilians for no real reason. However, it’s not only American cops that are complete assholes and it shouldn’t be much of a surprise that Russian cops also share this characteristic too.

This is a clip taken from what I guess must be the Russian equivalent of COPS. I’ve obviously got no idea what they’re saying because it’s in Russian, but without and interpreter it looks like this guy has been pulled over and is being fairly co-operative with the cops at the start of the video.

At least that’s what it looks like. The cop is having absolutely none of it about halfway through the video and suddenly decides to smash the window of the guy and beat the absolute crap out of him. Violent.

I guess the law is just different in Russia right. Like a great man once said: ‘Russian police. Stern – stern but fair.’ Or not as the case might be.

For a more lighthearted look at what being an officer of the law in Russia means though, check out these 18 pictures of Russian policemen in completely ridiculous situations.