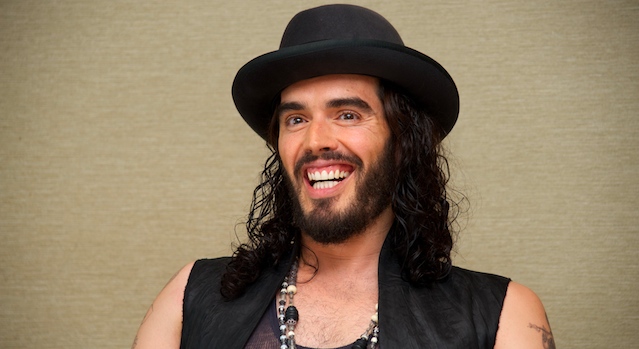 Russell Brand was at the airport all ready to go to South Africa but there was a little problem – turns out he’s banned from the country.

Russell Brand was scheduled to fly to South Africa on Friday in order to perform a show in Johannesburg on his Messiah Complex world tour but unfortunately wasn’t allowed to board the flight and was told that he had been banned from the country.

In one of the lamest ever reasons for being banned for something, Russell hadn’t been banned from South Africa due to his terrible behaviour or because he said something out of line about their government, it was merely because he didn’t have two pages free on his passport, which is the minimum required when you enter South Africa. So in essence he was pretty much punished for being on world tour and jetsetting around the world, although he (or at least his manager) should probably have been more aware of the entry requirements to countries that they were visiting on the tour. As such, the show has now been cancelled.

Russell didn’t seem too bothered about it though, posting a couple of tweets about it. A fan replied and Googled ‘Russell Brand banned’ which led to some humorous results too:

@rustyrockets can’t help but wonder if you’re going for a full set? pic.twitter.com/XT9NeFV7uc