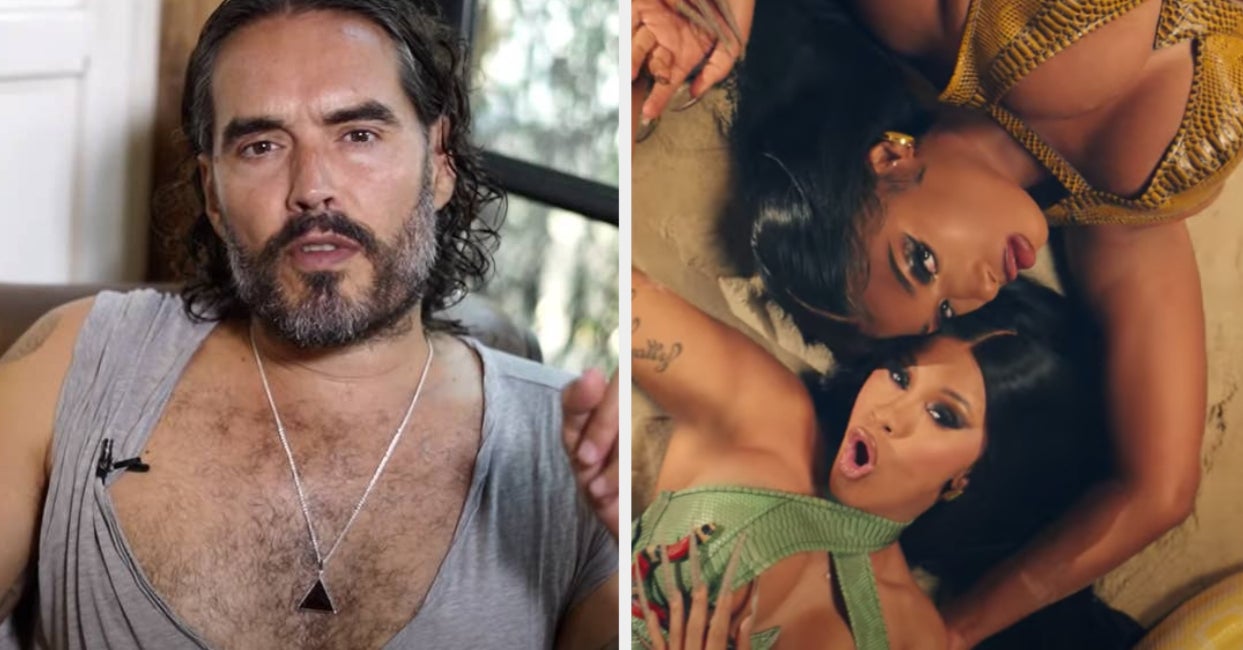 Cardi B and Megan Thee Stallion dropped ‘WAP’ just over a week ago and it seems like the world will never be the same after the feedback that it has received.

The song has proved so controversial that it’s even inspired Russel Brand to crawl out of whatever hole he’s been hiding in – honestly haven’t heard from him about anything for ages and he used to be everywhere – to post a 17 minute video online discussing his thoughts about it. It’s 17 minutes so there’s a lot going on in it but ultimately he kinda said that he thought it was great they were doing this and celebrating the female form, but he wasn’t sure if they should be doing it in this way as it was akin to pornography which has always been viewed from the male gaze. Deep?

Here’s the full video and a couple of quotes so you can make up your own mind:

I think that in a sense we are not ambitious enough about what we are aspiring to culturally.

I wouldn’t be so reductive and simplistic to say that women celebrating their bodies using an aesthetic that’s conventionally been associated with the male gaze means it’s impossible that these tools could be used as a vehicle for liberation.

It’s still ultimately a sort of capitalist objectification and commodification of, in this case, the female. I’m not suggesting that they aren’t powerful auteurs and powerful creators, I’m saying that we ought to be aspiring to an entirely different set of values, not who has the power within an established set of values.

So philosophical. Unsurprisingly, given that Russell Brand used to literally make women queue up outside toilet stalls to shag him and once described himself as ‘Shagger Of The Year’, people on Twitter were quick to point out the hypocrisy of him offering such a detailed opinion on WAP:

honestly crazy how hypocritical this is when being a squiggly-armed top shagger used to be Russell’s Brand https://t.co/kOZ1tBg6UO

I could make a well formulated and thought out arguement as to why russel brand’s analysis of WAP is not only ignorant “mansplaining” of feminism but also the worst thing I’ve ever seen, but I am just so so tired.

Lol Russel Brand mansplaining feminism when he used to just sleep around with every woman he met is peak white male privilege tbh.

who woke up to day wondering what russel brand has to say about WAP ? 🤨

I mean surely if he wants people to listen to him and value his contributions he can’t just parade his skin around like this? It’s distracting and completely devalues any argument he makes 🙄 when will men realize that being a hoe isnt the way to get us to focus on their words?

Have u noticed it’s mostly black women who are accused of ‘selling their bodies’ or ‘exploiting their sexuality’ or ‘setting a bad example’ or ‘cashing in’ when they work their sexuality into their art?

I’m so glad we have you to tell us your thoughts about women owning their promiscuity and sexuality. For days all I’ve been thinking is “what does Russel Brand have to say about this?”??? I’ve barely slept! Thank god for this video, now I can rest easy again

I’m always in awe of men who pass opinions on what they consider to be feminism. When will the male gender learn that that entrenched arrogance to feel entitled to an opinion about women and women’s issues, simply further substantiates the patriarchal construct.

There were some people who jumped to his defence though as well with this comment probably being the best out there:

Reacting to #WAP – Cardi B and Megan Thee Stallion’s controversial new music video…
What do you think of this analysis…?
Full video: https://t.co/68ts6ZsZuw pic.twitter.com/hblm4kQvr4

So what to make of this then? I guess Brand is entitled to his opinion – as everyone seems to be regarding WAP – but I think in the current cultural context it was probably naive to record a 17 minute video about it and not expect to come across like an absolute tit. Not really sure what he thought he was going to accomplish with that or if he really sees himself as a bastion of feminism or wokeness considering his past? Really strange decision from him.

Most of the time it’s probably best to just stay quiet on things that have nothing to do with you because you’re almost certainly gonna start a shit storm whatever you say. I suppose Russell Brand is probably used to that by now though, but even so this 17 minute video seems a bit unnecessary and isn’t really accomplishing that much? I guess people are talking about it which is somewhat positive, but it just seems so pointless and reductive from him. Try harder.

For more of the same, here’s Cardi B scientifically explaining why some women have dry vaginas. Thanks Cardi!