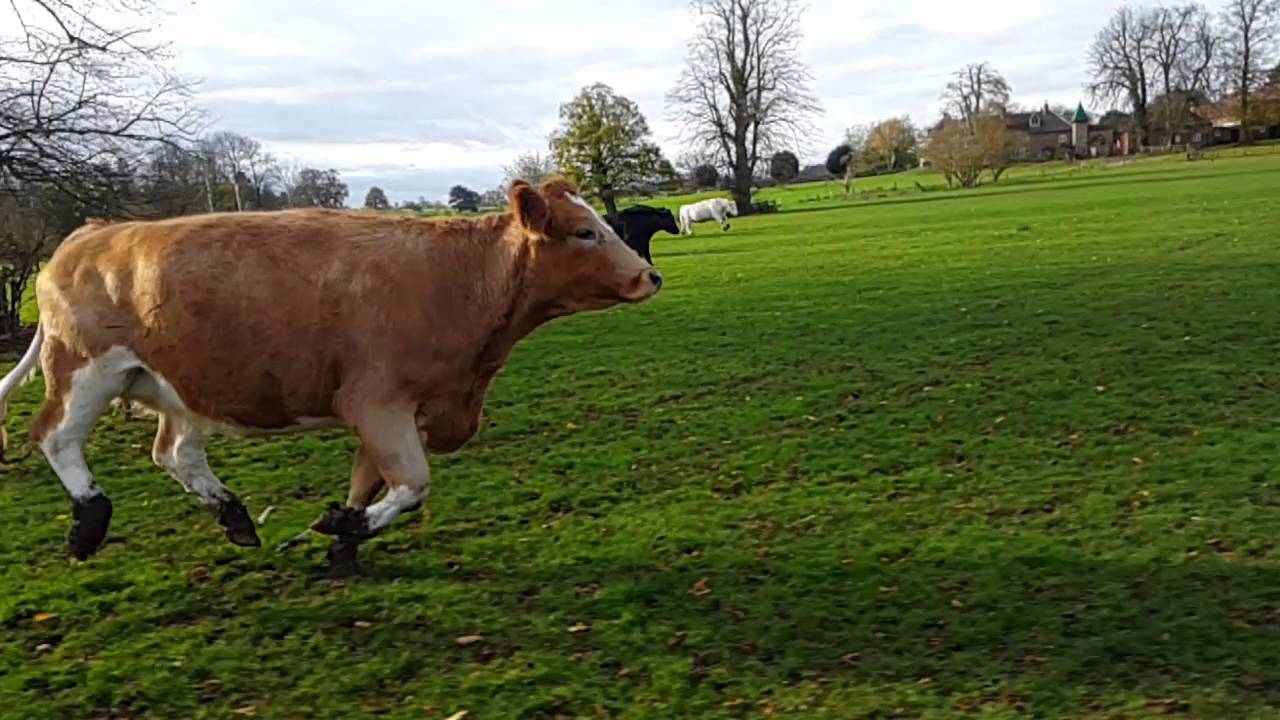 He’s on the loose.

I don’t really tend to think of cows as ever being particularly fast, but one of them has exceeded all expectations by managing to evade police for three whole months down in Florida. Of course it was in Florida.

The Pembroke Pines police force  are so worried about the massive brown cow – that’s apparently ‘faster than it looks’ – that they’ve taken the unusual step of posting wanted posters for it all across the state. The whole situation is made even more mysterious by the fact that nobody knows where the cow has come from, as no farmers in the area have reported any animals missing. Spooky.

Here’s the poster though. Take a look at it and tell me how stupid you think it looks: 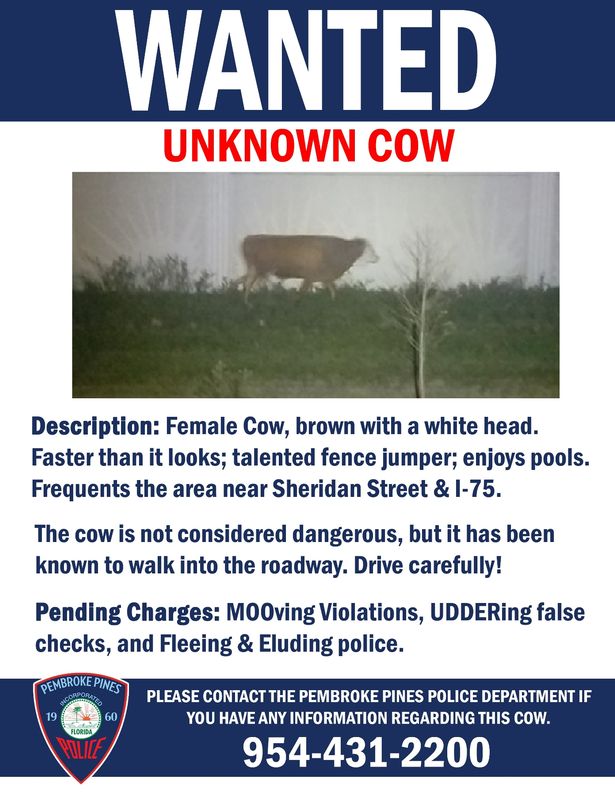 Very stupid right? It kinda looks like something a twelve year old kid would draw up for a joke and post up in the sixth form common room or something.

Police officers and specialist cattle wranglers have been unable to catch the animal.

We’ve got close once or twice but we’ve had to back off when the animal came close to busy roads.

It jumps fences. It goes into pools. It’s a force of nature.

Jesus. That kinda sounds like the dialogue from a movie like ‘Sharknado’ or ‘The Boar’ (look it up) except that this killer cow is real and on the loose in Florida.

I guess if you see it don’t try and approach it or catch it yourself but just call the authorities immediately. Maybe they’ll fly some elite Texas ranchers over to deal with it. Absolute state of that country when they can’t even sort something dumb like this out.

For more cows, check out this story about a guy having sex with his boss’s cows after breaking into his farm. Another level of payback.