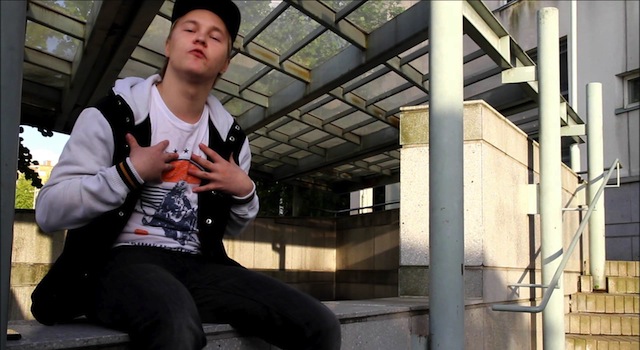 The Finnish rapper Pale Tone’s remix of ‘Juicy’ by Biggie Smalls has put the Nordic country’s take on hip hip on the map for all the wrong reasons.

‘Juicy’ by The Notorious B.I.G. is an indisputable classic — we all know that. Released in 1994, it’s off his debut album ‘Ready to Die’ and was also Biggie’s first solo debut single. Selling over 607,000 copies it is often regarded as one the greatest hip hop tracks of all time. So when somebody’s going to remix it they have to do a bloody good job or they’ll come under harsh scrutiny.

Now I must admit, the Finnish rap scene doesn’t immediately jump out as being particularly prominent. Instead I associate the country with great rally drivers, breathtaking lakes and a high standard of living. Forgive my stereotyping but it’s not exactly Brooklyn in the early 90s is it? Irrespective of this a Finnish rapper going by the name of Pale Tone has put his scene on the map for all the wrong reasons. He’s created what vaguely resembles a remix of Biggie’s ‘Juicy’. When you hear it you won’t know whether to laugh or cry – I just felt like doing both at the same time. Pale Tone is awful and it won’t take you long to agree with me, but the worst thing about the whole remix is the strange person he’s got singing the chorus. She sounds like a dying cat and looks like a deformed baby giraffe. I am genuinely worried she may give me nightmares.