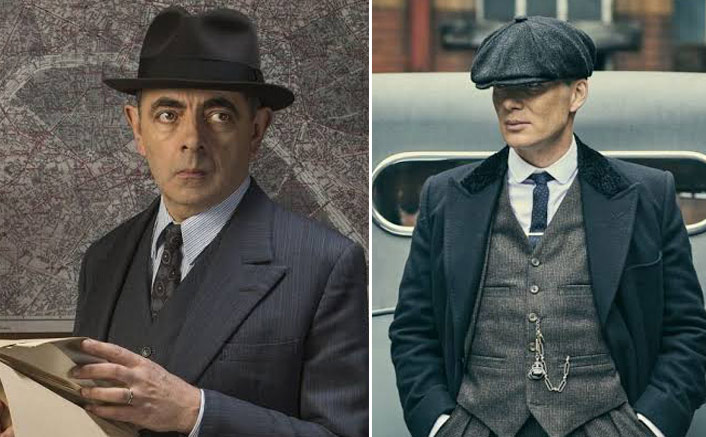 Peaky Blinders is one of the best shows on TV right now and one thing they’ve always got spot-on is their casting. Cillian Murphy as Tom Shelby, Tom Hardy as Alfie Solomons, Littlefinger off Game of Thrones as Aberama Gold. And now according to rumours, Rowan Atkinson AKA Mr Bean will be playing Hitler in Season 6.

As reported by The Express Tribune:

According to the recent rumours, Mr Bean famed actor Rowan Atkinson has been reportedly roped in to portray the character of Adolf Hitler in the series, reported Express UK.

The actor’s name had been repeatedly coming up in the series wherever Hitler has been mentioned. However, nothing has been confirmed by the makers or the cast of the show.

Thanks to the virus, we’ll be waiting a while for Season 6. It may not even be here until 2022. But what we know from the foreshadowing of Season 5 is that the Shelbys were about to clash with fascism, as evidenced by the introduction of Oswald Mosley.

I don’t think anyone expected that to mean that Tommy Shelby and the boys would be butting heads with the most evil human being in history as played by Mr. Bean of all people. The more you look at Rowan Atkinson though, the more you can see him pulling it off:

I can absolutely see it. In fact I don’t think I can ever look at Rowan Atkinson again without imagining a Hitler mustache face. Aside from this report on the Express and some scuttlebutt on Reddit though, there’s not enough to suggest this is definitely gonna happen. Let’s hope it does though.

For the story of how Jason Statham lost the role Tom Shelby to Cillian Murphy over a text message, click HERE.