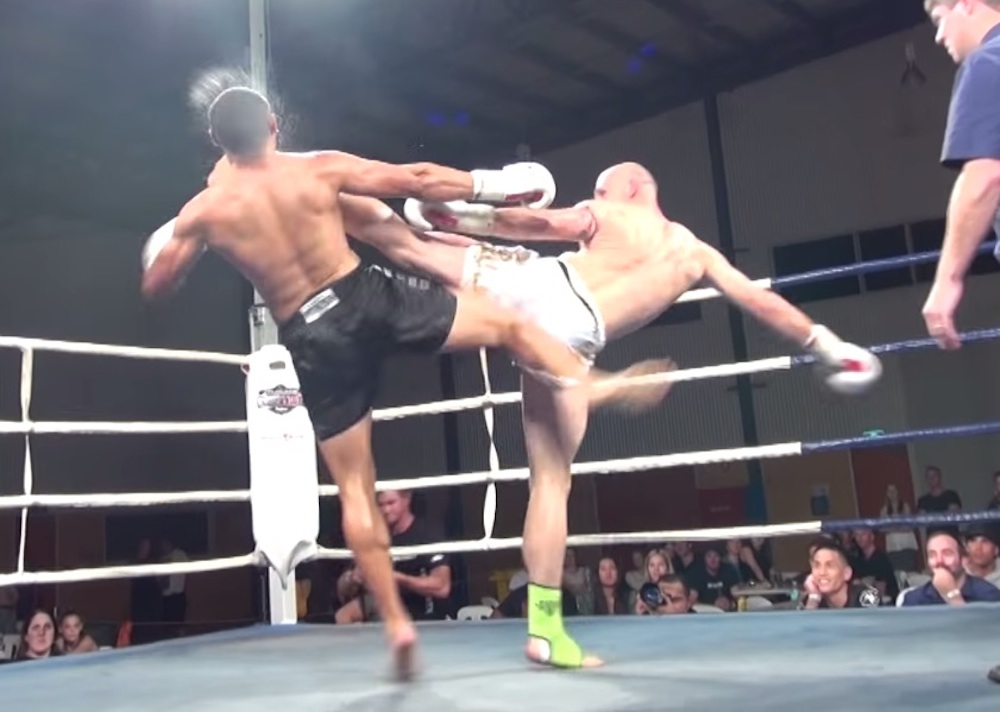 That’s all she wrote.

A few weeks ago we featured the best knockout punch of the year, and now it’s time for the best roundhouse knockout of the year.

It happened in a Muay Thai boxing match over in Australia, where Dejan Ross was fighting Daniel Valvsaga. Ross goes for one roundhouse, misses it, but follows through and hits Vaslvaga with a spinning backwards roundhouse of his other leg when he goes in for a punch, connecting so sweetly in his face that there really is no other option but for him to get knocked out cold. Bang, see ya later.