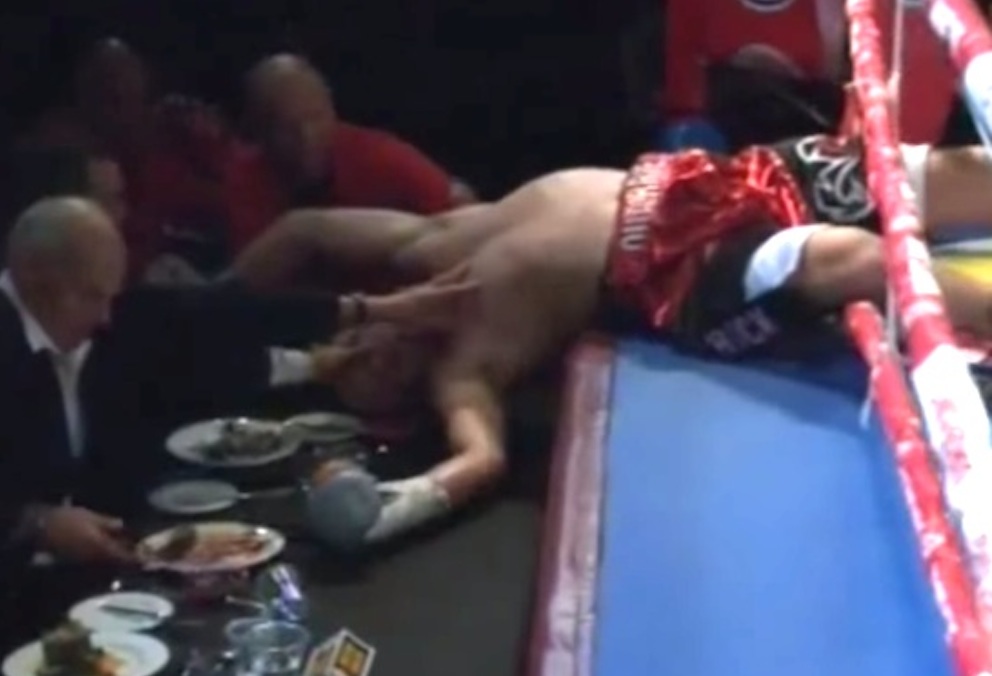 This guy got taken for an early dinner – literally.

We’ve featured a lot of great knockouts and fights on Sick Chirpse over the years, but I’m not joking when I say this could be the sweetest KO we’ve ever seen.

It went down in a kickboxing match between Izu Ugonoh and Will Quarrie over the weekend and redefines the turn brutal. Ugonoh – who’s a former world champion – has Quarrie on the ropes and then connects with the sweetest right hand you will ever see. Seriously, the way his head rocks back is almost like poetry – Quarrie is absolutely KOed.

The best part about the whole thing though is that for some reason there are a bunch of rich people at ringside eating their steaks, and Quarrie gets punched so hard that he literally falls out of the ring and onto the plates of these guys eating their dinner. I’m pretty sure some of his spit goes on their plates too and it’s hilarious watching them scramble to get their food out of the way as he flops down onto it unconscious. It just makes the KO so much more satisfying, almost as satisfying as this rude boy getting knocked out at a corner shop for dissing his own mum.