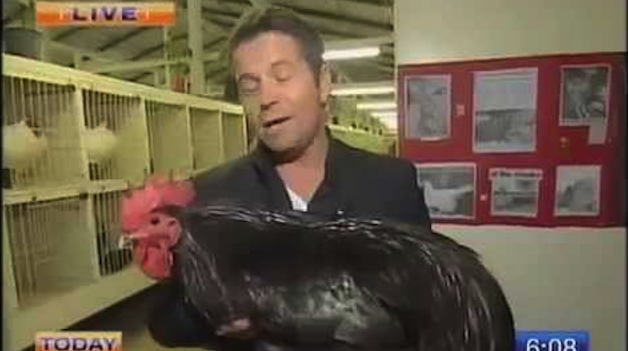 This is definitely one way to lose all credibility as a TV presenter/adult.

I don’t really know much about this clip – other than it’s absolutely hilarious – as it came from a Vine from a couple of months ago and, as with most Vine clips, there isn’t a lot of information about it. It only came to my attention because my buddy posted it on his wall today and said he couldn’t stop watching it over and over again because it was so funny. I guess that’s the whole point of Vine but this is the first time I’ve actually found one funny enough to watch over and over again.

It’s some Australian TV presenter holding onto a rooster for a spot and then completely losing the plot like a total pussy when the rooster starts squawking. The best part is definitely when he runs off at the end down the corridor because he’s so scared.