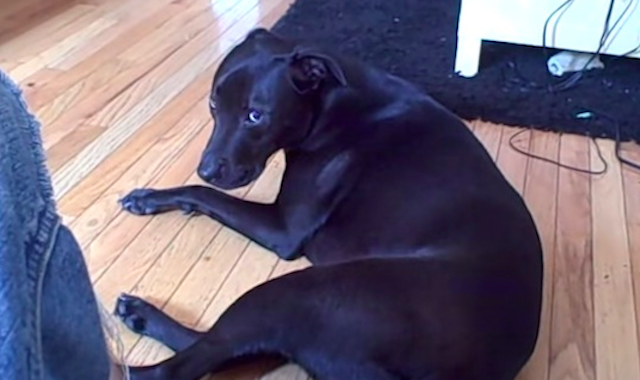 You won’t believe the phrase he picked.

One of the best things about having a roommate is playing pranks on them all the time and seeing how they react – if you’re good enough buddies which is usually the case then it’s just a whole barrel of fun seeing who can get the other one the hardest.

This prank really is special though. The guy in the video seems to have a lot of spare time on his hands, so he decided to train his roommates dog to respond to a certain phrase like he was being asked to go for a walk. You won’t believe the phrase and the dog’s reaction to it is priceless, if not somewhat disturbing.

If the dog’s owner looks anything like the dog (everyone knows that’s usually the case and if you don’t believe us check this out), maybe he’ll react to the phrase the same way too – now that would be messed up.