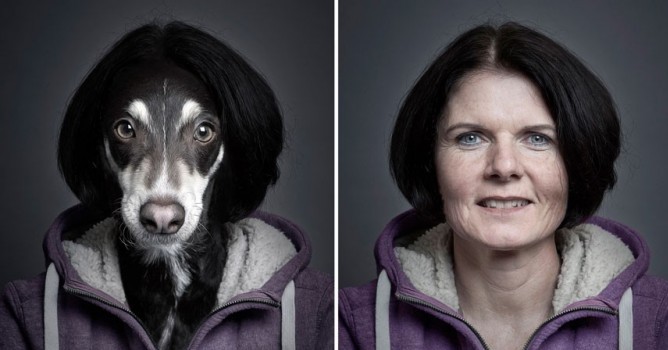 Swiss photographer Sebastian Magnani has decided to prove the old theory about dogs and their owners through his latest photo series.

According to some, very quick, research I just did — it took considerably less time than whatever song had already started playing on radio — there are, on average, 9,000 sets of twins born every year in the UK, with births in general riding high above 700,000. However, it seems to me that every single one of those non-twin births kind of wish that they’d been a part of a set. Why? Well, there seems to be something about companionship that ends up blurring the lines between individuality.

A bold claim to make, but is it not true that most couples end up looking a like? You see them everywhere; especially older couples when they’ve really had a time to blend into twinship — they’ll walk the street in similar colours, similar clothes, they might both wear glasses now, and their hair has somehow become the same. It’s true of younger couples; I recall in school a friend and his girlfriend taking on the same spiky anime shape; myself and a girlfriend once turned up separately to a gig I was playing in basically the same outfit — white T shirt, black braces, skinny jeans, etc. Though it was patronizingly called cute, I thought it was pretty cool.

Even though that specific example didn’t last (She ended up acting as a crutch to a topless, drooling, barely able to stand let alone walk, falling in his own piss doppelganger of me that had tricked her into believing he was me. A kind of invasion of the wasted body snatchers. It definitely wasn’t actually me.), it’s about as much evidence as I need to suggest there’s an inherent need in people to find their twin; even if that twin is a twin you have sex with and with whom you make smaller (sort of) twins of yourselves that you don’t have sex with. Which is exactly why the relationship between Jaime and Cersei Lannister is the most natural, and non-weird, relationship featured in Game of Thrones…

Partners aside though, it is often said that dogs end up looking like their owners, or vice versa. Now, this might be because their owner hasn’t found a partner with which to sex and twinite, or it is just further evidence of the inherent need for twinpanionship. It’s a word. I used to have a dog, and though I don’t believe we looked alike, we certainly started acting the same; lying around all day in bed, mostly sleeping, sometimes not, smoking weed and sometimes we’d take morphine, drink juice and listen to Kasabian, because we were young and we knew no better. Some of that might’ve just been me… Anyway, going on this theory that all dogs and owners eventually look alike, Swiss photographer Sebastian Magnani has created a series of photographs titled ‘Underdogs’.

â˜› More Dogs : The Sad Dog Diary Is A Portal Into The Mind Of Man’s Best Friend

The idea, basically, being to explicitly display this twinship (definitely a word) between owner and dog by taking photos of dogs and their owners (surprise surprise). He has then taken these photos and shopped the proud pooch’s face in place of its owners, so as to create duplicate portrait styles, and placed them side by side. Now, he could just be being a cunt and is trying to slag off these bitches and call it art (like rap but in photos), or, as he explains it, he’s done it to “create a single moment of symbiosis – between man and beast – to be one.” Whatever, have a look and see what you think; do these dogs really look like their owners? Do you look like your dog? Do you look like your partner? (Same question twice, I know) Is this art? Did you really need to read any of this? 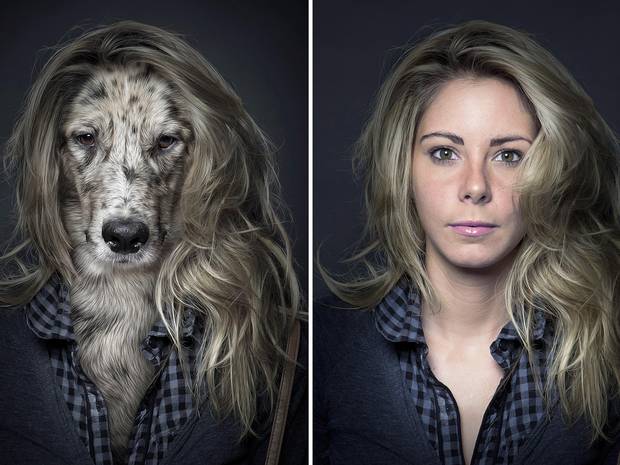