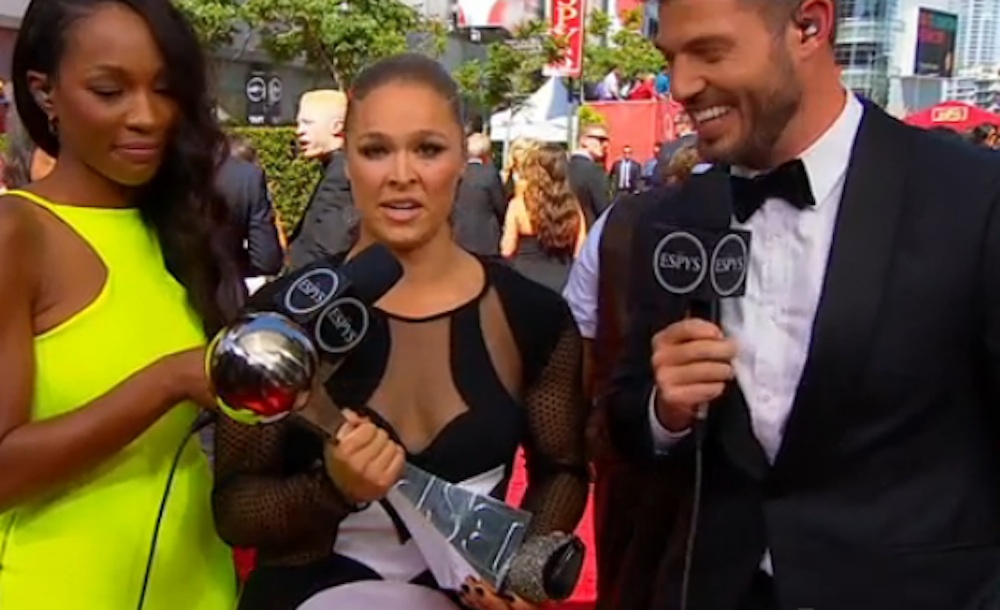 ‘I wonder how Floyd feels being beat by a woman for once.’

A while ago, Floyd Mayweather said he didn’t even know who Ronda Rousey was when somebody said to him that she would totally kick his ass if it came down to a fight between the two of them.

It’s unlikely that he’ll be able to say the same thing again any time soon though, after Ronda beat him to the ESPN ESPY award for Best Fighter last night. Following her big win, she couldn’t resist taking a pop at Money Mayweather in the following short segment:

Oof – shots fired or what? I’m sure most of us out there would love to see Ronda step into the octagon with Floyd and kick the living shit out of him, but realistically I don’t think he’s that dumb to allow that to happen.

Here’s hoping though – with all the shit that UFC fighters are talking on Floyd at the moment, maybe he will end up cracking and doing something stupid.