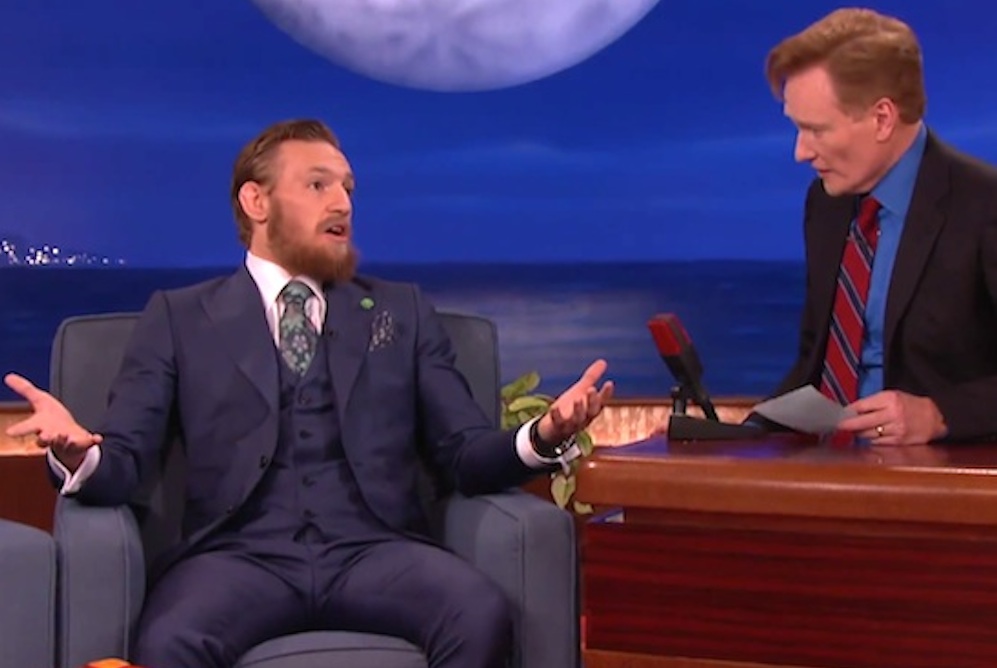 ‘Jose Aldo had to pull out of the fight against me because of period pains.’

Conor McGregor already has a reputation as a cocky asshole, but his comments after Jose Aldo had to pull out of his scheduled fight against him due to an injury are hardly likely to endear him to anyone who didn’t like him before.

Conor was appearing on Conan O’Brien over the weekend and completely rips Jose Aldo, saying he turned down the fight because he had period pains and was scared of fighting him. He then goes onto say that he’ll obliterate anyone that stands in his way and this includes both his opponent on July 11th Chad Mendes and even Floyd Mayweather.

He certainly isn’t short of confidence but I suppose that’s what we like to see in fighters and you need characters like this within PPV sports. That’s because if you like them then they sounds awesome and you want to see them kick ass, and if you hate them then you just want to see them get absolutely battered.

Either way you’re going to tune in and these are the guys that drive PPV buy rates up and that’s probably why UFC 189 on Saturday is going to be one of the biggest events ever. Pumped for it.

If you want to see more footage of Conor McGregor being an asshole/badass then check this out.