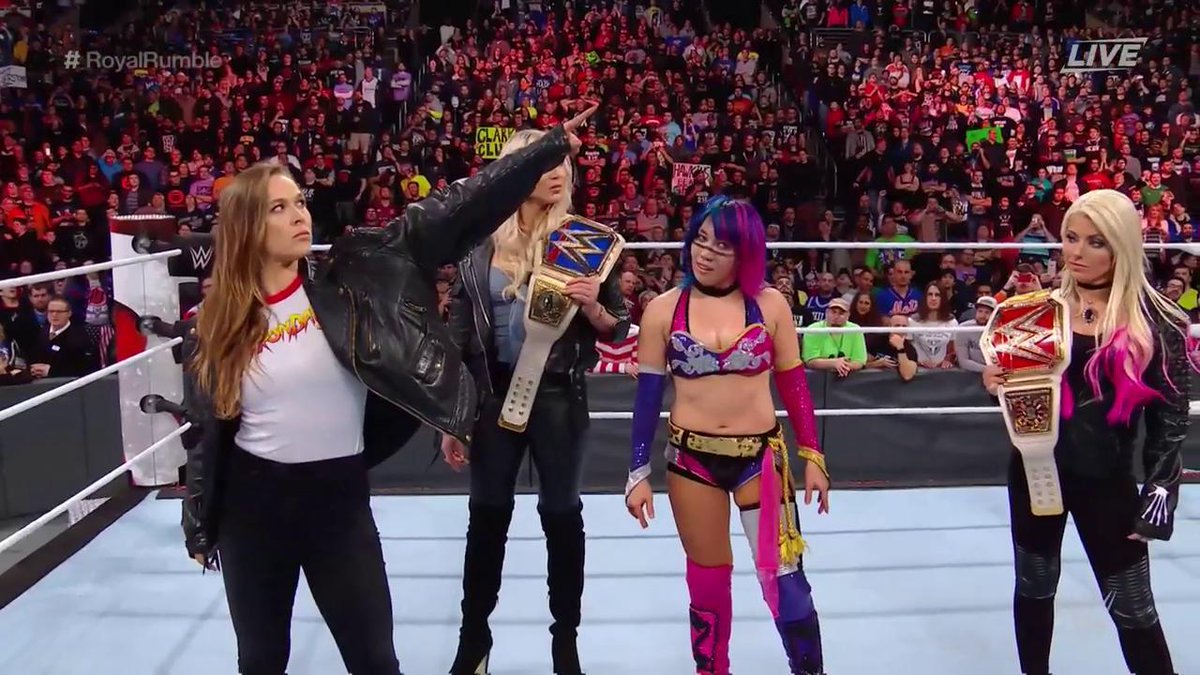 She signed a contract at the Royal Rumble last night.

Ronda Rousey has long been linked with a move to the WWE and it finally came to fruition last night at the 2018 Royal Rumble, when it was revealed that she has signed a full time contract with the WWE for the next few years.

Despite the fact that Ronda had been trying to throw everyone off the scent by saying that she has been on Colombia all week on her Twitter account, it became pretty clear that she was going to be showing up when it was announced that the first ever women’s Rumble would be headlining the event.

However, most people figured she would probably show up as number 30 in the match, but instead returning WWE legend Trish Stratus took that spot and Ronda came down for a segment afterwards where she confronted the winner of the Rumble Asuka and current WWE women’s champions Charlotte and Alexa Bliss. You can watch that segment below – complete with some weird handshake banter I don’t really get – and read Ronda’s statement on joining the WWE full time below that:

Everyone's eyes are on #WrestleMania 34…

This is my life now. First priority on my timeline for the next several years. This is not a smash-and-grab; this is not a publicity stunt. When I first met with Triple H, I told him, ‘There are other things I can do with my time that’ll make way more money, but I won’t enjoy nearly as much’.

Damn straight. Wrestling does look like it’s a hell of a lot of fun and there’s no real doubt that Ronda Rousey will be a huge name in the company and it’s a major coup for the WWE to have worked out a deal with her. I just wonder how they’re going to book her though because it’s not really going to be believable is she doesn’t come in and completely dominate everyone from the off, kinda like Kurt Angle or Brock Lesnar. Be interesting to see how it all turns out – hopefully they don’t screw it up.

For more of the same, check out how beefed up Ronda got before her comeback fight at UFC 207 a year or so ago. Jacked.