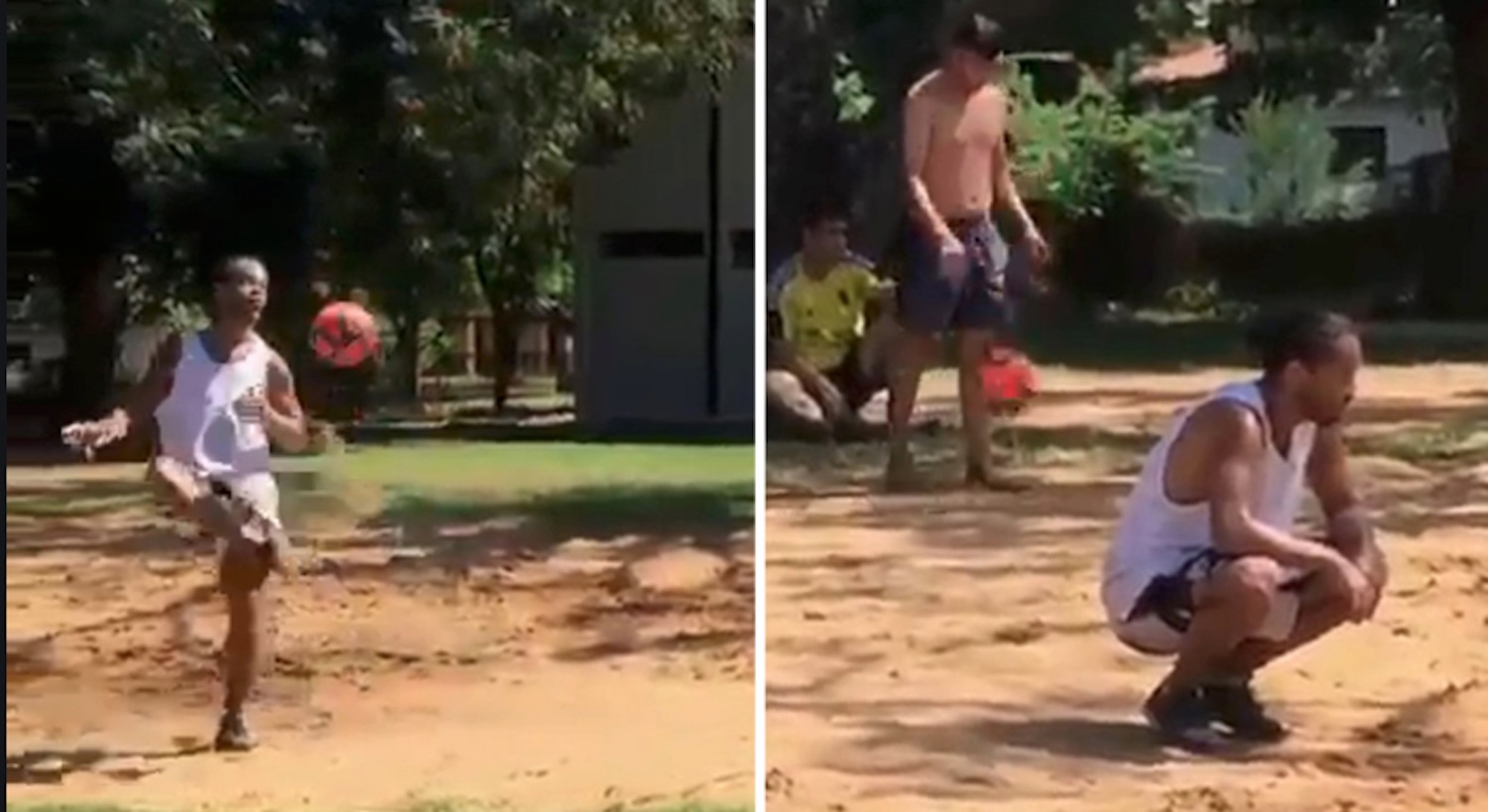 I’m sure that everyone has been keeping up with the frankly ridiculous story of Ronaldinho being incarcerated in a Paraguayan prison after he tried to enter the country using a false passport because even amid the Coronavirus pandemic it’s hard not to take notice of something as dumb as that.

Whilst you might think that Ronaldinho probably wouldn’t be detained that long because of his status as Ronaldinho, it seems like the opposite is true as officials are saying it might take up to six months before he goes to trial for his crime. It doesn’t look like he’s having that much fun in prison either as reports are coming in that he recently lost a game of foot volley to a couple of murderers and thieves.

Footage went viral at the weekend of the Brazilian legend winning a few points with some headers and deft touches, but accounts are now being heard that he played a second game after this against 36 year old Edgar Ramirez Otazu and 33 year old Yoni David Mereles Martinez. The first man is imprisoned for 18 years for shooting a man in the head at a music festival and the second wound up in the slammer for his part in the robbery of a security van by corrupt police officers.

Sound like a couple of great guys right? Not sure if Ronaldinho was intimidated into losing against them because of prison status or what have you, or if they just managed to outplay him. I guess they’ve got youth on their side as Ronaldinho recently celebrated his 41st birthday inside the prison. How the mighty have fallen.

For more of the same, check out this story that claimed he had only £5 left in his bank account. Damn.