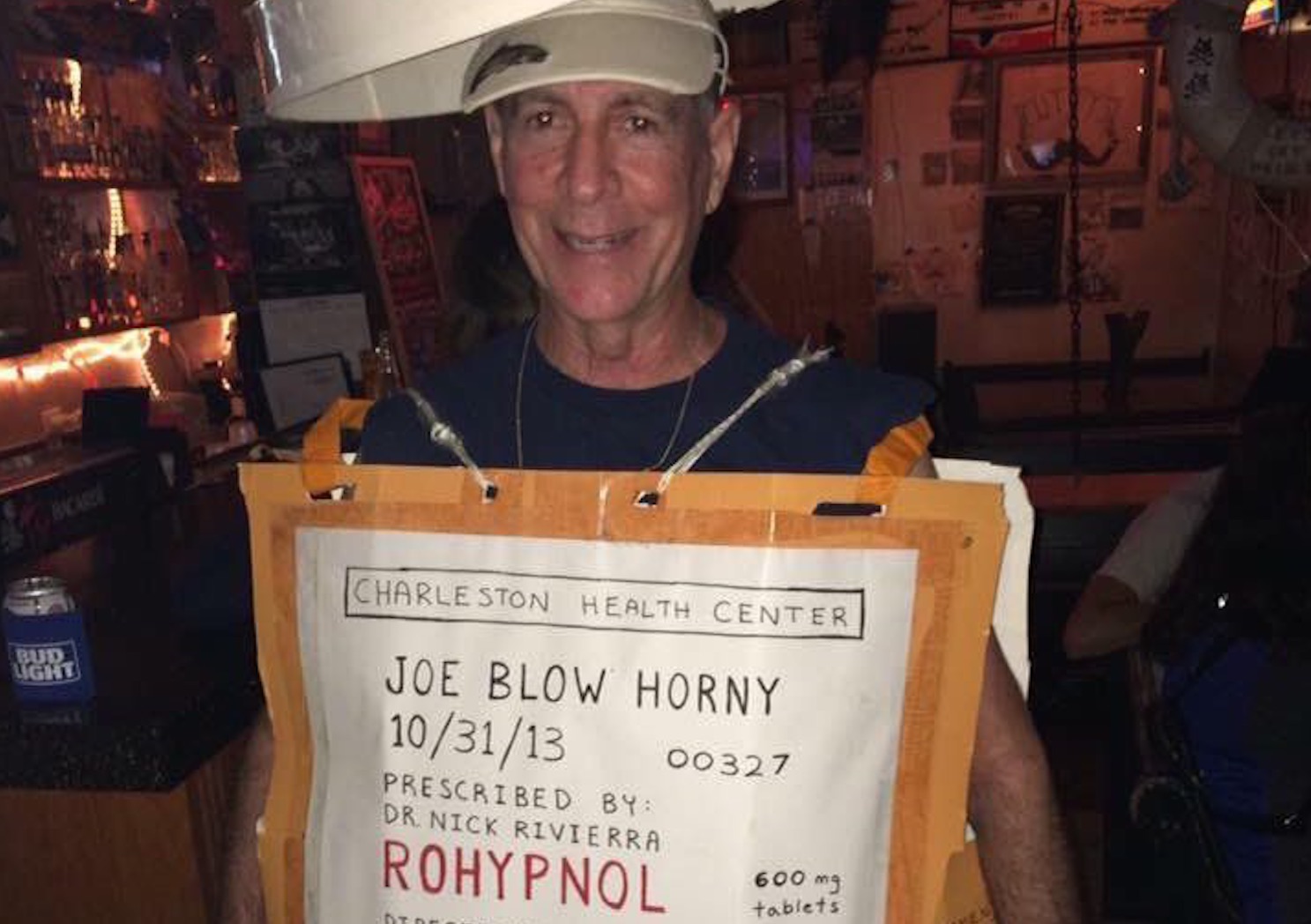 There have been a number of contenders for the worst Halloween outfit of the year this season, but the majority of these were just theoretical ones on the shelf – this creepy old man actually decided to wear his Rohypnol costume out to a party though.

Despite the fact that dressing up as Rohypnol is probably bad taste enough, the dude managed to ramp it up even further by listing a bunch of instructions on his costume on how to successfully drug a girl so that you could effectively rape her. These included ‘give two tablets to attractive unaware girl’, ‘take home, bring friends, enjoy the show’ and the pretty sickening finale of ‘no means yes’.

You can see the full horror of his double sided costume below, although props for getting a Simpsons reference in: 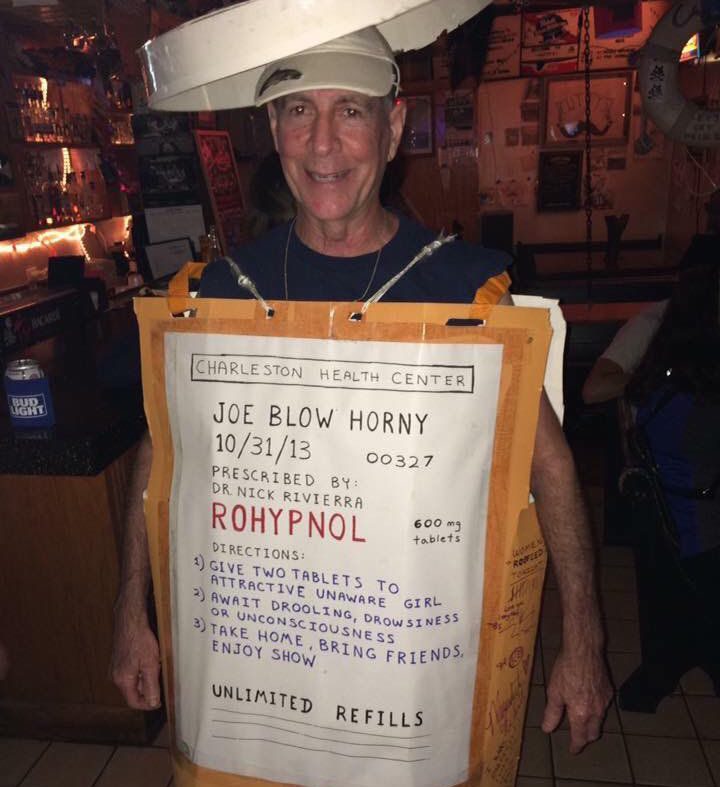 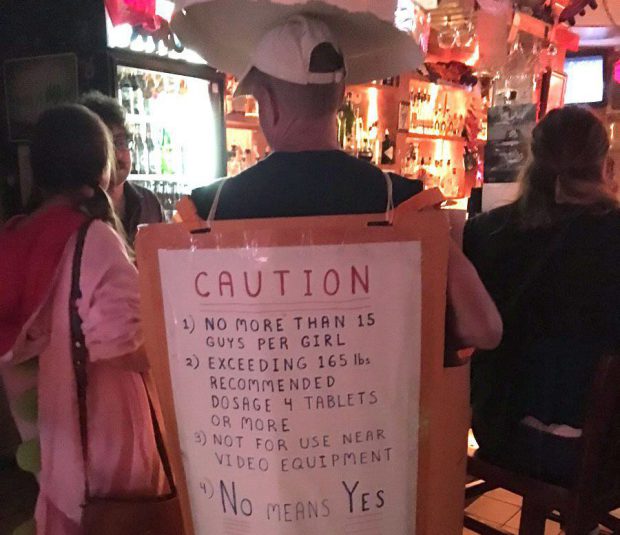 What an absolute prehistoric moron. The saddest thing about it is that he probably actually thought that a lot of people would find that funny. No way grandad.

It probably won’t surprise you to find out that this guy was pictured in the American South, but it might surprise you that it was in Charleston, South Carolina rather than Florida.  A guy called Jim Lohmar spotted him at the bar where he was celebrating Halloween.

Lohmar said the muppet argued with about ten girls about his costume before he was thrown out by the owners. Sounds like a successful Halloween for the guy and probably worth all the effort he went to to make the costume.

I think this is worse than the razor blade suicide scar wound costume Walmart was forced to stop selling, but they’re both pretty terrible ideas. Walmart probably gets the edge though slightly because it was mass marketed actually whereas this butthead actually looked like he made it at home himself, but only just.